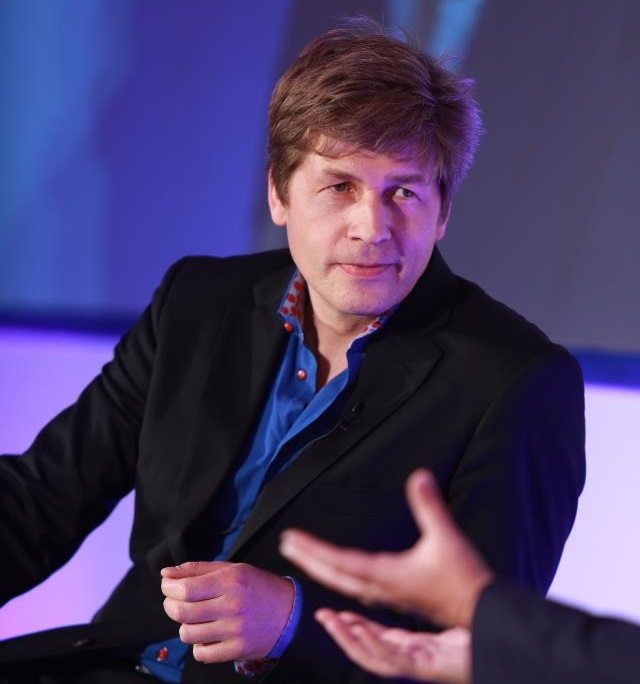 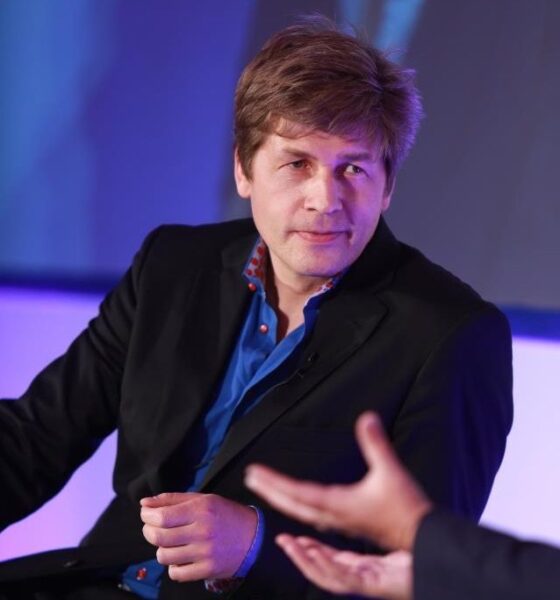 While his siblings Boris, Rachel and Jo actively sought out and seemingly enjoy the political and media limelight, Leo Johnson is content working in sustainability. He talks to Alex Blackburne about his career.

There is a lot more to Leo Johnson than his public profile would suggest.

A member of a high achieving dynasty which includes older brother and mayor of London Boris, older sister and editor of The Lady magazine Rachel, younger brother, MP for Orpington and head of number 10’s policy unit Jo and their father, environmentalist, politician and writer Stanley, he is a recognised authority on sustainability.

It would be unfair to call Leo the odd one out in his family. But in a recent interview with the London Evening Standard, he outlined three crucial differences between him and the rest of his immediate relatives: “I’m not blonde. I’m not Tory. I’m born with the gene for self-publicity missing or at least defective. It comes on and off, and when it comes on, no one is interested.”

But while his siblings have opted for high profile careers in politics and the media, for Leo, sustainability was his calling.

This mindset was drummed in from an early age. His father would say openly, “I would save a seal over any one of my children.” And not just the last seal on the planet, Leo adds, but any seal. However, unlike Stanley – an author and former MEP – this Johnson is not an environmentalist.

I ask him if there is a word for someone like him; someone who isn’t an environmentalist but cares more about the “people stuff”. His train of thought momentarily derails.

“The thing I like is communicating the ideas to help people see things differently and then act differently. But there is no phrase for that”, he says, before settling on ‘sustainability expert’.

His career in sustainability really started in November 1991, when he attended the South-East Asia Clean Environment meeting in Bali. Four years before that, a trip to Malawi as an 18-year-old had revealed to him the true extent of the world’s social and environmental challenges.

One of the organisers at the Indonesian summit asked the 22-year-old Johnson whether he spoke English. Being English, obviously he said he did. He seemingly met the necessary criteria and was swiftly roped in to moderating a panel discussion on used lubricant oil re-refining, despite having no prior knowledge of the subject.

“I got up there, quickly checked out the names of the people of the panel and introduced them. Then I thanked them. That was it”, he says.

After winging his way through the session, a woman from the United Nations Industrial Development Organisation (UNIDO) came up to him and invited him to Jakarta to discuss used lubricant oil re-refining. He agreed and was put to work on a project that helped fund a master’s degree in environmental economics at University College London. It also gave him a foot in the door at the International Finance Corporation (IFC), part of the World Bank – former employers of his father.

I’m not a Tory but I love this thing about the power of people to do unbelievable, super-rocking, crazy stuff. That’s exciting

After working in the IFC’s environment department for a while, and meeting his now wife in the process, Johnson moved to France to do an MBA at the business school INSEAD.

On leaving, he set up Handbag Pictures – a film company that he describes as “catastrophically loss-making”. Its main film, Eating & Weeping, a compelling tale of Stanko the Bulgarian pastry chef who accidentally causes the collapse of capitalism, didn’t do too well. “It bombed”, Johnson comments, recalling a conversation with film guru Samuel Goldwyn Jr, who described it in Cannes as “the worst story I have ever heard, in 37 years in the business.”

After this brief foray into the glamorous world of filmmaking, he went back to the World Bank. He began looking at the relationship between the private sector and sustainability, and co-founded Sustainable Finance Ltd.

“I set up this company advising big banks on how not to do disaster projects: how not to do mega-dams that resettle the indigenous people, the big pipelines smacking through the high conservation value forest, projects that cause huge social and environmental impacts as well reputational risks for the bank”, Johnson says.

“To my amazement this company started taking off. The big banks were all coming to us, and suddenly we had 50 large banks and corporates wanting advice on how to manage these things.”

It was shortly before setting up Sustainable Finance that he made the connection between sustainability and business. At a recent TEDx event in Newham, he spoke eloquently on megatrends and the sustainable future of cities.

His eyes light up at the mere mention of megatrends – large-scale global economic, demographic, technological, scientific and ecological changes that are rumbling away under our feet – although he’s more interested in talking about when they collide. “That’s when the action happens”, he says, grabbing two packets of sugar from a pot on the table to form lines on a graph.

He labels the first packet, rising from left to right on this homemade chart, as the cost of Chinese offshore manufacturing. There was a time when companies dealt with declining margins by simply offloading their work to China. But this is becoming ever-more expensive, he says.

The second sugary megatrend, falling from left to right, is the manufacturing revolution. Things like 3D printing, Johnson says, are “pulling manufacturing out of the vast offshore assembly line and back into the hands of the maker.” He uses an example of aircraft manufacturer Airbus, which by 3D printing the buckle on its seatbelts – reducing the weight by around 100g – is saving 3.3m litres of fuel during the plane’s lifetime.

He sweeps the two packets of sugars up and begins talking about energy megatrends.

His brother Boris wrote in the Telegraph last year that Britain should “get fracking”. In stark contrast, Leo says we should “forget fracking” because it doesn’t represent a worthwhile investment. The energy return on the energy invested is too high, he says – the same that can be said for deepwater oil and tar sands.

On that note, he adds that the current mayor of London does understand sustainability, quipping, “He’s a pinko-lefty-greenie-liberal inside.” And to be completely clear, he says, all credit for implementing the ‘Boris bikes’ – the pay-as-you-ride London cycling scheme that Boris introduced – goes to Boris. Leo, while running with his brother in Paris (“we were running very slowly, like two old ladies”) was simply the man who said it would be “super cool” to recreate the French capital’s scheme in London. So Boris did it.

Leo’s real vision, though, is of cities where new technology is deployed, not to create a ‘cyburbia’, but with the goal of making lives better.

He points towards a project in Texas called Pecan Street, where just fewer than 1,000 homes are connected together on a smart grid, as a possible solution to the energy crisis.

“They’re putting together an energy internet”, he says.

“You’ve got this possibility for manufacturing to return to the cities and communities, and instead of us living in these cities made for cars where we commute to these centres of mass production, leaving behind these bankrupt jobless places, we’ve got these viable places where people are working, making and claiming.”

At TEDxNewham, Johnson spoke of “iPad cities” – cities built for obsolescence that construction companies might love and that give illusions of ecological benefits, but are actually throwaway. He grimaces slightly upon mentioning an iPad; his daughter had just sat on his at home.

The thing I like is communicating the ideas to help people see things differently and then act differently. But there is no phrase for that

“With the distributed smart grid mode, if you look at the last 150-200 years, there have been four or five moments when there have been real surges in welfare. And it’s always when two things come together”, he says.

“It’s always a new energy source getting distributed to allow more people to do more things. That’s what creates growth; that’s what creates wealth. What you’ve got is the potential for communities all around the world to be generating power.”

With a healthy list of big corporates as clients, in 2010 Johnson decided to sell Sustainable Finance to PricewaterhouseCoopers (PwC) – one of the ‘big four’ accountancy firms.

“One of the reasons that I wanted us to be bought by a company like PwC is I don’t think the transition that we need is going to happen without a lot of big companies getting on board”, he says.

“If you can manage to shift an organisation like that, you have got a huge leverage. You’ve got a huge multiplier effect. It means you’re not living in this sort of eco-paradise; you’re kind of living in the real world. That’s what’s terrifying but it’s also what’s important.”

Upon selling, Johnson became a partner at PwC. For the last couple of years, he’s been dipping in and out of the film side again, presenting documentaries for BBC World. He teaches at the Smith School at Oxford and has recently co-written a book, which he describes as “a tome that started in a really dark place, with all the carbon and population challenges, and ended up, weirdly, as a tidal wave of optimism.” Called Turnaround Challenge, it’s set for publication in September.

I ask him what inspires him to do what he does. What drives a man with his charisma and intellect to work in sustainability? After a pause for thought, he looks out of the window of the tiny north-west London cafe we’re sitting in and says, “It’s just so brilliant when people do things. You see what they can get up to; the sheer empowerment. I’m not a Tory but I love this thing about the power of people to do unbelievable, super-rocking, crazy stuff. That’s exciting.”

He offers an alternative view. With his tongue firmly in his cheek, he recites a theory thought up by a friend: “Sustainability is like a mid-life crisis. It’s so popular because it’s much easier to heal the biosphere and deal with the intractable problems of climate change than to try to deal with the miasma of human problems.”

Either way, the sustainability space could do with a few more Leo Johnsons. And even though the man himself is undecided about whether he has any political ambitions, having this particular Johnson in number 10 would be quite a coup indeed.

Johnson for PM? Not that one; this one. He’d probably have my vote.

Leo Johnson interviewed World Bank vice-president for sustainable development Rachel Kyte at the 2012 FT/IFC Sustainable Finance Conference, and will be attending the event this year, held at London’s InterContinental Hotel on Park Lane on June 13. Blue & Green Tomorrow readers get 20% discount on tickets to the conference, and the accompanying awards ceremony, when quoting the discount code: FTBGT. See here for more information.