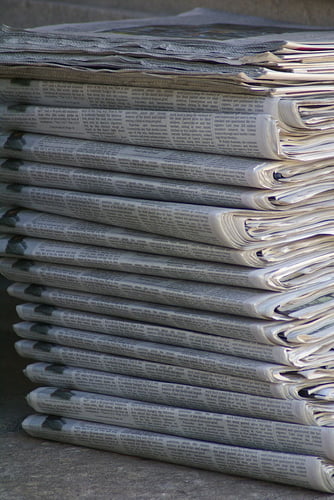 Leveson: six weeks on, what is happening?

Brian Cathcart, professor of journalism at Kingston University London and founder of Hacked Off, examines what has gone on in the six weeks since Lord Justice Leveson delivered his landmark report into media ethics and press intrusion.

Six weeks after the publication of the Leveson report it might appear that nothing much is happening, but that is not the case. Though Leveson’s call for a transparent, public process for the implementation of his recommendations has been largely ignored, there is none the less activity on several fronts.

The press is busy. This at least is consistent with what Leveson proposed: he said the industry should set up a new self-regulatory body lacking the faults of the Press Complaints Commission. The views of editors and proprietors have been the subject of a number of reports, notably concerning a document that emerged from their Delaunay restaurant meeting, analysed here by the Media Standards Trust.

Under the Leveson scheme this new regulatory body will ultimately have to pass the test of recognition – in other words it must clearly meet the criteria for independence and effectiveness set out in the report. Until the moment comes for that test there should be little reason to comment on what editors are planning: as Leveson saw it, they just ought to get on with the job.

The government, too, is busy, and this is more problematic, not least because the government is a coalition and the two parties have taken different positions. This means that nothing being done about this in Whitehall is technically government business. The culture secretary, Maria Miller, and the policy minister, Oliver Letwin, are pursuing activity that is Conservative party business, while the Liberal Democrats have their own position.

Miller and Letwin are working on a royal charter scheme devised to get around the problem created by David Cameron’s stated reluctance to set up the recognition body by statute – something Leveson declared essential. (The recognition body, under the Leveson scheme, has the job of protecting the public interest by checking that the new regulator meets the criteria.)

Miller and Letwin have found – awkwardly for the prime minister, you might think – that even if they adopt the medieval device of a charter, they will still need to legislate, and not just once but twice: first to make the chartered body independent of government control and second to give effect to the measures in relation to court costs and damages proposed by Leveson to encourage the press to participate in self-regulation.

Meanwhile a process of cross-party consultation is under way. Miller meets Harriet Harman from Labour and Lord Wallace from the Lib Dems once a week or so, and there have been exchanges between the party leaders too. No minutes of these meetings have been made public.

Finally and importantly, some things are also happening in a more public way. Leveson intended parliament to respond to his recommendations in an open, above-board manner, so that the public could have the greatest possible confidence in the outcome. Despite Cameron’s intervention, that route is not closed.

Last Friday the House of Lords debated Leveson and, although the press coverage was predictably distorted, no one listening then or reading the transcript since could be in any doubt that the overwhelming preference of members was for straightforward statutory underpinning of the recognition body along the lines Leveson recommended and Cameron has opposed.

Both the Labour and Liberal Democrat parties support this statutory underpinning, as do many Conservatives both in the Lords and the Commons, as well as most of the smaller parties. The House of Commons is likely to revisit these matters in the next few weeks, and all signs are that members will then show that they share the views of the Lords.

Hacked Off has proposed a draft bill which parliamentarians could use to carry Leveson’s ideas into law, and it adheres as closely as possible to the spirit and language of the inquiry report. We are inviting comment on it, and on different drafts proposed by others, so please participate in the consultation when it is launched this week.

Hacked Off has had discussions with Miller and Letwin both about our draft bill and about the charter proposal. Those discussions continue, but our position remains that we want to see the Leveson recommendations on press regulation implemented promptly and faithfully, in the manner he proposed. His proposals are sensible and cautious, and are based on a thorough, fair, open investigation of all the possibilities involving all stakeholders.

Since the failings of the political establishment were among the causes of the inquiry, and since the conduct of politicians was found wanting in the report, it is right that political meddling with the outcome should be avoided. Politicians, in other words, should undertake to do what the judge proposed, and in the most open and transparent manner. The more they depart from that position, especially by engaging in discussions behind closed doors, the more they risk compromising the outcome – and the less confidence the public can have in the new regulatory regime.

Public confidence will be reduced even more if politicians give editors and newspaper proprietors any influence over the shape of the recognition body. Leveson has offered the press yet another chance to set up a regime of voluntary self-regulation, but it was no part of his proposal that they should also dictate the nature of the body that is supposed to ensure that this time their self-regulator is independent and effective. That path leads directly back to the world of the discredited PCC, where the press were always able to fix things so that they could mark their own homework.

Brian Cathcart is director of Hacked Off. He tweets at @BrianCathcart. This post originally appeared on Hacked Off’s blog.

Hacked Off publishes bill to hurry along Leveson recommendations