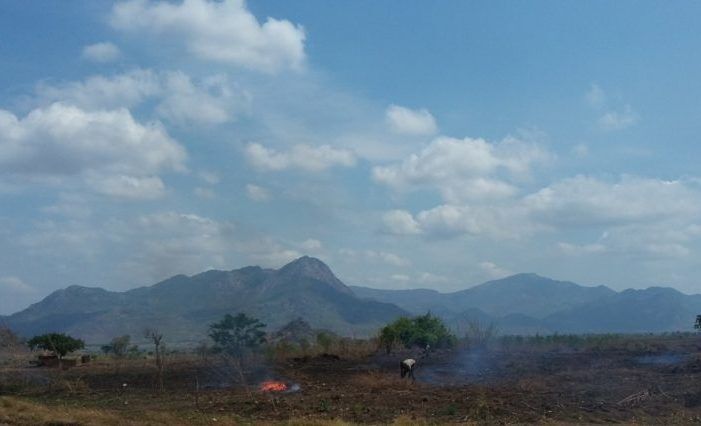 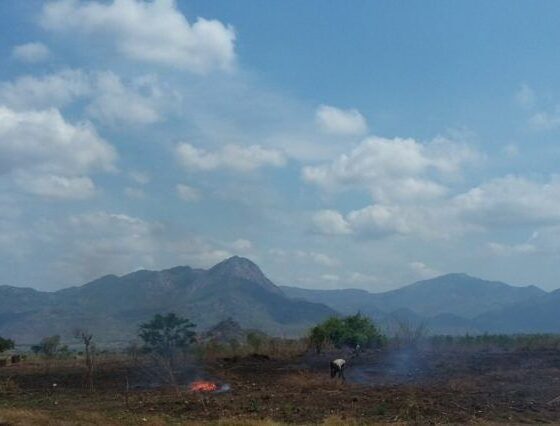 I recently spent three months cycling through Mozambique, in a range of temperatures from sweltering to incinerating. In addition to the obligatory saddle sores and sun burn, it provided some great insights into the country and the people.

Visiting different national parks and conservation related projects was the overarching aim of the trip. However, reality saw the bulk of my time spent cycling along roads, with varying degrees of tarmac and consistent volumes of litter.  What was past the litter was most telling, which for large stretches of the country was burnt or burning land.

Slash and burn agriculture is used extensively across Mozambique, to the point where it is clearly visible when protected areas of land begin and end. Forested land is clear cut and then burned; the layer of ash created then provides rich nutrients for a few years of farming. Once the nutrients are used up, another area of forest gets the same treatment, with habitat loss, air pollution and soil erosion all occurring. In essence the practice works for the short term but longer term – especially in light of a population growing at 3.8% a year – is unsustainable and hugely ecologically damaging.

Not only is slash and burn agriculture a long term issue, it is symbolic of far deeper problems within Mozambique, which raises questions of why the struggling general population would even care.  The title of the World Bank’s recently released bi-annual report on Mozambique sums it up well: ‘Mozambiqe Economic Update: facing hard choices’. Conflict, drought, low commodities prices and a depreciating currency are all highlighted as plights for the country.

Cycling through Mozambique it is easy to see slash and burn at the coal face. What is not so conspicuous is the fact that it permeates from the upper echelons of politics and international institutions such as the IMF.   Two examples are indicative. In 2012 offshore natural gas was discovered, so following the textbook, in swept the oilmen and bankers. Credit Swiss and Russian lender VTB, motivated by high commissions, helped the government raise $2.2bn in loans – not insignificant for a country with a GDP of $16bn – most of it done secretly. An additional $850m was raised to fund a state owned tuna fishing company.  In both cases the money was squandered and the resultant debt scandal has hammered the currency, leaving people in one of the world’s poorest countries facing annual food inflation of 40%.

Even assuming the money had not been wasted, both deals stink of slash and burn. Look to Nigeria and Angola for examples of fossil fuel resources making international institutions rich, whilst keeping general populations locked in poverty and corruption.  There is also a dark irony in the export of more commodities being seen as a long term solution, whilst simultaneously being peddled as a reason for the countries current economic woes.   That is before you even look at future reductions in fossil fuel use and fish stocks which will be driven by climate change and overfishing.

But perhaps worst of all is the reality that the exporting of natural gas and tuna will hurt the general population, not benefitting them in the short or long term. Fish is a staple part of the Mozambican diet and fishing a major source of employment. Increasing commercial fishing in an already overfished area, relocating fisherman and drilling offshore will undoubtedly have significant negative effects. Once gas and fish is then exported, all evidence suggests that revenue will be plundered and benefit a very small minority – much like the original debt – and not be spent addressing real and important issues like slash and burn agriculture.

Like much of Africa, Mozambique needs to turn a food deficit into a food surplus. With a reported 30%-40% of crops such as maize being wasted, it is obvious that investment in storage and transport infrastructure is required. This along with education and governance – to prevent practices such as slash and burn – is where private and public institutions should be focused.

Having spent a few nights at the beautiful Nzou Camp in central Mozambique, surrounded by African Paradise-Flycatchers and beautiful forests, it was all the harder leaving on a road surrounded by what was previously the same dense woodland. In its place, a carpet of black and dusty threadbare stumps, rolling as far as the eye can see. Sadly, that is the just the real slash and burn’s little brother.