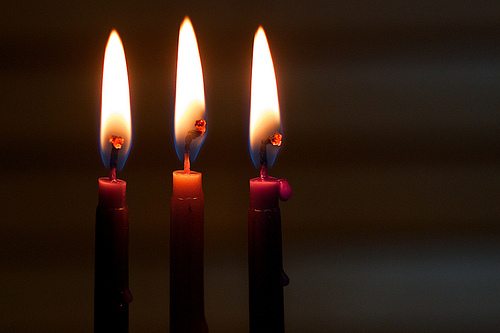 Now we are three: winning the entrepreneurial war of attrition

The survival rate of a newly born enterprise in its first three years is around two-thirds. This drops to well under half at the five-year mark. Blue & Green Tomorrow happily marks its third birthday by being part of the happy two-thirds that survive. Now comes the hard bit.

Our initial vision was that we wanted the world to be as ‘blue and green tomorrow’ as it was yesterday. After all, there is no plan(et) B. We would write about sustainability: investment, energy, travel and spending. Investment was key as financial trade eclipses all other activity. However, most people find investment mind-numbingly dull, so we’d write about how to spend money sustainably, too.

We wouldn’t preach and we certainly wouldn’t suggest there is only one way of thinking about these issues. We would be fair, optimistic and responsible, unlike many in the media. Our hope would be to amplify the message of those already working in sustainability – not to steal their thunder but to intensify it.

Launching a new business in a financial storm

In recent years the survival rate of new business has dropped, mainly due to the credit crisis, seizing up of business lending by the very banks who caused the crisis, falling consumer confidence and demand.

Blue & Green Tomorrow was launched in 2010, in the centre of the worst economic crisis since the 1930s. “I have had an idea” are the five seemingly innocent words that most partners of entrepreneurial types dread. Fortunately and quite remarkably my wife is incredibly patient, loyal and supportive and also believes.

After years in leading media companies, a smorgasbord of marble-floored financial institutions, a few stints running my own businesses and then working in others’ start-ups, I was ready to enter the pit once more and launch a new venture. The idea was a fusion of media and investment, with a focus on sustainability.

Taking a contrarian approach in the digital age we went for a print magazine as our launch vehicle, as anyone and a smartphone can launch a blog. David Tebbutt joined as our launch editor, having been a brilliant technology, cleantech and sustainability writer for several years.

Issue one was launched on November 5 2010, a date made famous by its iconoclastic (anti-)hero, Guido Fawkes. By happy chance this launch date coincided with the start of National Ethical Investment Week 2010. Serendipity was on our side. Or was it?

War of the words

Little did I know when I launched B&GT, that someone else had had the same idea. (With apologies to HG Welles.)

“No one would have believed in the early years of the 21st century that our idea was being watched by those with resources far greater than our own; that as we busied ourselves about our various concerns, ‘they’ observed and studied, the way a man with a microscope might scrutinise the creatures that swarm and multiply in a drop of water.

“With infinite complacency, we went to and fro about the investment industry, confident of our potential success in this sector. Yet across the gulf of London, intellects vast and cool and unsympathetic regarded our business with envious eyes and slowly, and surely, drew their plans against us.”

Just as Blue & Green Tomorrow was launched, Worldwise Investor came into life, too. Thus began a gradual war of attrition for readers and funding. Our burn rate was considerable and we got five print issues out of the door before we decided we needed a serious rethink. The heroic effort of producing and funding the print version was draining resources from our pretty poor online presence and our principal competitor was hammering us.

So in a radical change of strategy, we took five months off and relaunched in October 2011, this time fully online. Building a team of paid interns, one of whom is now the magazine’s editor, we started to rebuild and the traffic grew, and grew. Slowly at first and then it gathered pace.

One of the best innovations of B&GT v2.0 was the launch of our in-depth guide series. The charge was led by David’s successor as editor, Rich Whitworth, who came up with the style, look and feel we have today.

Our current editor, Alex Blackburne, took over in the summer of 2012 and has led the charge ever since, at times single-handedly. And it’s been impressive. 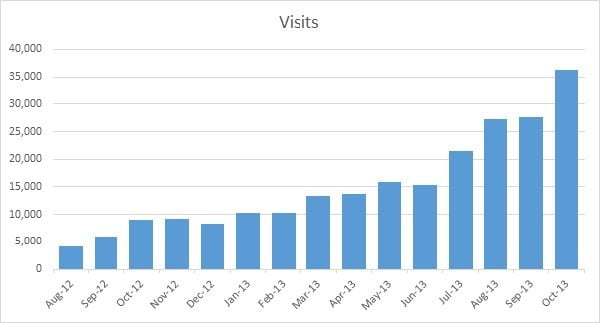 In 2012, on the occasion of our second anniversary, I wrote, “At times, I feel like the King of Swamp Castle from Monty Python and the Holy Grail. For those not familiar with the film, he was a tenacious fellow, “When I first came here, this was all swamp. Everyone said I was daft to build a castle on a swamp, but I built in all the same, just to show them. It sank into the swamp. So I built a second one. That sank into the swamp. So I built a third. That burned down, fell over, then sank into the swamp. But the fourth one stayed up. And that’s what you’re going to get, Lad, the strongest castle in these isles.”

It still feels a bit like that today. I’m not sure if this is the third or fourth castle, but hopefully we have the strongest sustainable investment magazine in these isles.

Thank you to everyone who has written for us, helped us pro bono, funded us and read us. Alex, Charlotte, Ilaria, Nicky, Seth and Tom are indebted for your continued unflinching support.

And Worldwise Investor? Well we bought them in August this year.