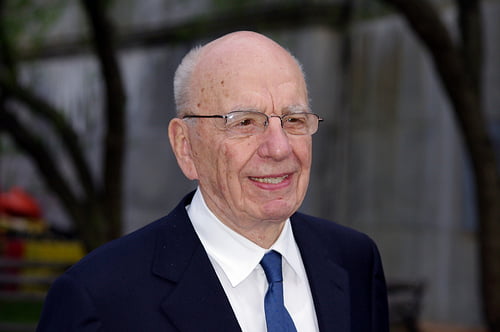 Rupert Murdoch has given his backing to an article that claims the world is “growing greener” because of the increased presence of carbon dioxide in the atmosphere. This provides yet more evidence of his environmental irresponsibility.

The tycoon, who through News International owns The Times and The Sun in the UK, tweeted on Sunday, “World growing greener with increased carbon. Thirty years of satellite evidence. Forests growing faster and thicker.” This was in reference to an article written by Matt Ridley in the Wall Street Journal – another of Murdoch’s titles – entitled How Fossil Fuels Have Greened the Planet.

The article, which can be read in full for free on Ridley’s personal blog, claims that satellite imagery has shown that the Earth has become increasingly green over the last three decades by “displacing firewood as a fuel… warming the climate… [and] raising carbon dioxide levels, which raise plant growth rates”.

Murdoch was quick to voice his support of such a theory, and went on to attack renewable energy, describing it as “uneconomic and therefore wasteful”, and laud the role of fossil fuels, which although he admitted were finite, said that the US “has enough gas to be energy independent for centuries”.

The process described by Ridley – a climate sceptic and writer of, by his own admission, “provocative books on evolution, genetics and society” – is the greenhouse effect at its most threatening. As humans pump more carbon dioxide into the atmosphere, trees grow thicker and faster. But there will come a point when the oxygen produced by the increased greenery cannot offset the CO2.

In response to Murdoch’s tweet, Friends of the Earth campaigner Guy Shrubsole posted, “@rupertmurdoch Congrats for recognising that plants photosynthesize using CO2. Too bad that as temperatures rise forests will re-emit carbon.”

Meanwhile, a comment on the original WSJ article attempted to point out the obvious: “Of course there’s more vegetation. Frozen tundra is now being turned into marshland thanks to all the thawing. Think (sic) it funny how the author is trying to position this as a good thing.”

Sadly, just as Ridley’s provocativeness sells over 900,000 books; it generates plenty of interest on the internet, too.

Murdoch’s titles are renowned for their alternative views towards climate science. Executives at Fox News encourage journalists to deny climate change and in the UK, only the Daily Express publishes more articles that air climate sceptic views than The Sun, according to the Reuters Institute for the Study of Journalism’s Poles Apart report (click chart to right).

As arguably the world’s most high-profile media baron, Rupert Murdoch has the almost unique opportunity to lead a new era of responsible and accurate reporting on climate change: mankind’s greatest challenge to date.

Instead, the bulk of his outlets give voices to reckless, erroneous and ideology-driven journalism that have no place in a responsible, free press.

As another WSJ commenter put it, “What, exactly, is the point of this article? That climate change is a good thing for the planet? What a half-baked argument.”

You can read more about Murdoch’s media empire and the ethics of climate change reporting in Blue & Green Tomorrow’s recent Guide to Responsible Media 2012.