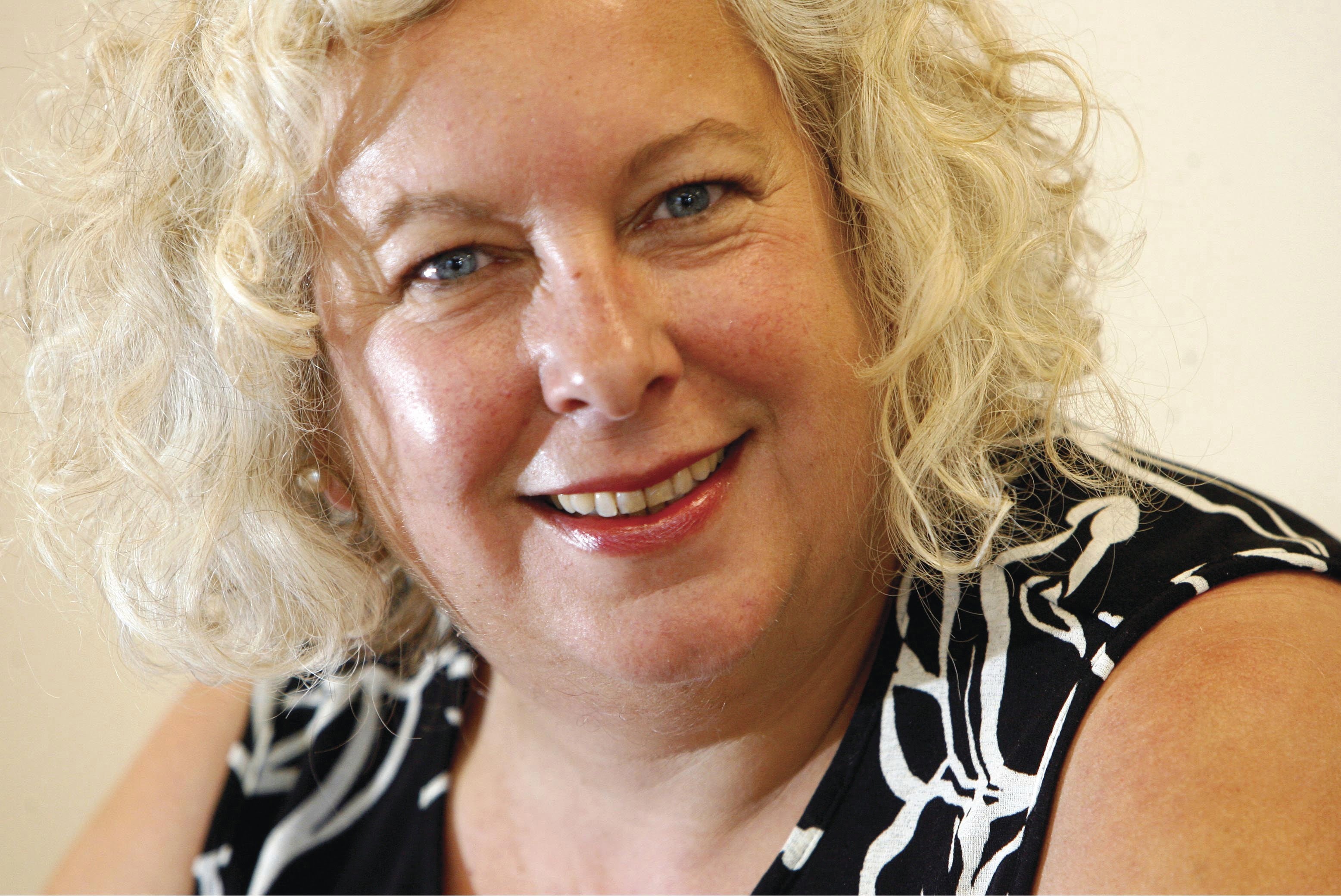 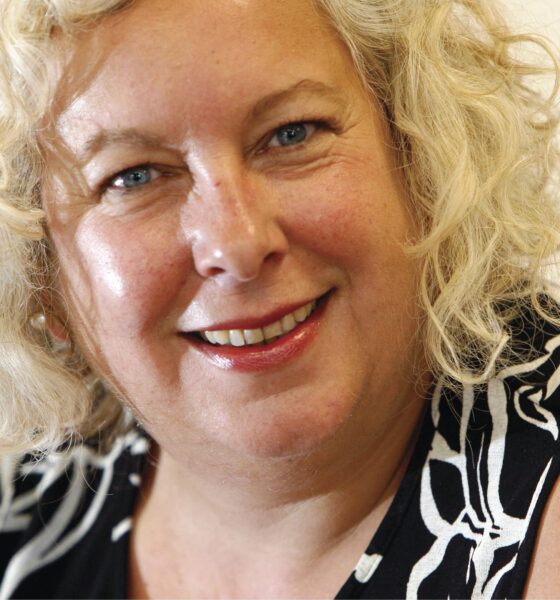 Sue Round and Ecclesiastical: pioneers in ethical investment

Sue Round is an ethical investment stalwart. Having joined Ecclesiastical Insurance Group in 1984, she’s managed the Amity UK Fund for almost a quarter of a century – making her one of the longest-serving fund managers in the business, and the fund one of the most established funds available to investors.

Financial advisers often pick out Round’s fund as one of the best performers on the ethical market, and it’s no wonder – her vast experience in the industry has been integral to its continued good returns, making Ecclesiastical one of the frontrunners in UK ethical investment.

She chatted with Blue & Green Tomorrow.

Tell us a little about your role at Ecclesiastical.

My role title is director of group investments and I run the fund for both insurance companies and our retail operation. In this particular case, it is the Amity UK fund – a fund that had been around for almost 25 years. We launched it in 1988, and it was the first of our range of amity funds. The Amity Fund range is a specialist range of funds that operate both negative and positive screening criteria.

Are the screenings weighted equally?

It’s easy to have exclusions and exclusions are very stressed so it is not as if you have to do anything other than avoid the areas that you state you will avoid, such as alcohol and tobacco. The flip side of that is the positive side where we look into companies that meet some of our key criteria, our nine pillars. Sometimes this means that your positive screens actually result in companies being excluded because they don’t meet a sufficient number of our pillars of positive criteria.

The reality is that positive screening is a much more dynamic tool, and really it is the thing that we think adds value to investments.

What would you say is the main objective behind your screening process?

The whole idea about investing with a positive screen is to give investors the best of both worlds. So, using an integrated approach to investment means that you weigh up social, environmental and governance issues within your financial stream. It’s not just looking at numbers, it’s asking about a company’s culture and what they’re doing to benefit the environment or support human rights, for example.

Over the long-term, if you incorporate these things into your financial screening, you will end up with a company that is much more rounded. It’s a much more holistic approach in making mere financials as your benchmark.

What kind of companies make up the fund?

The fund has invested in a mixture of predominantly UK companies and of that we have quite a large exposure, about 40%, of what I would call medium-sized companies and some smaller companies. Some have market capitalisations ranging from £50m up to £1 billion or so.

I don’t like highly-rated companies that don’t pay out much in dividends. We are, as a house, very keen on long-term investment varieties. We tend to look for values when we buy and we tend typically to hold our holdings for an average length of about seven to 10 years. That is extremely high compared with the industry average which is probably a year or less. So our turnover is very low – typically less that 20%.

What I am trying to illustrate here is that our approach is very much a sustainable one, in that we don’t believe in moving in and out of companies quickly for a fast buck. We believe in investing for the long-term and choosing companies that we can grow with rather than just taking a short-term outlook.

Ecclesiastical offers a number of non-screened funds such as the Higher Income Fund, which is not marketed as sustainable or ethical. How does the company ensure that sustainability is taken seriously in this instance?

We have four screened funds and two non-screened funds and at the moment we haven’t got any definitive plans to change those. But it is not something that we are avoiding. We operate the same approach bar to the negative screening.

When we are looking at investments, we take into consideration the advantageous aspects – in particular the corporate governance pieces. The person who runs the Higher Income Fund also runs a screened fund, so they are not operating in entirely different universes.

We are aware that having two funds that aren’t screened may look strange but we are totally committed to this area. It is an area that we have been in for over 25 years. It is part of our roots; we come from a background where many of our original direct investors were coming from a clergy background. The funds were originally designed to meet that demand. So we have covered that, and we are, like many others, totally committed to going forward with our principle idea and this is something that we have used as a kind of tagline for explaining our funds.

I really believe that you can have good long-term returns using this kind of criteria. So there is no doubt surrounding our commitment to the area.

On a more personal note, what inspired you to specialise in sustainable and socially responsible practices as opposed to investment more generally?

I don’t think that you can divorce the two. I was very keen, when we launched the first fund in 1988, to accommodate the views of our customers, who actually wanted a fund of this nature. At the time, back in the ‘80s, there was probably one other fund that operated but they were using just negative screening and I felt certainly that that was not the way forward, and that we ought to be looking at companies that were doing something very positive, be it through their product, their stature, their culture, their structures or the way that they treated their staff.

So we started with the view that it wasn’t just about neutral or negative screenings, but very much about looking for the positive aspects of a company. I was very pleased that we were the first to use the approach and over the years other people have followed because it makes sense to include these sorts of measured as part of your investment approach.

You’re one of the longest-serving fund managers. What would you say has been the highlight of your career at Ecclesiastical?

Obviously having good performance is excellent. Three or four year ago, we decided that we wanted to get a much more external focus on our funds and really start to make them more widely known.

We re-launched our whole proposition around the fact that we were ethical, responsible investors. I think that when we made that change, it was hugely satisfying for me personally because it is something that I have wanted to do for a very long time.

People have become so much more aware in the last few years of the importance of taking these matters on board. It felt like we didn’t know have to educate people in the way that you were.

Twenty-five years ago, companies didn’t understand the terminology. The whole evolution of sustainable investment has seen it become much more mainstream. And that has been picked up now by institutions who have, on the whole, become much more involved in the whole arena.

We are certainly not on our own anymore, although there has been some quite high-profile withdrawals from the sector from our peers. But like I say, some of these people were Johnny-come-latelies that simply jumped onto the bandwagon, but for us it is really in our DNA, being committed from the beginning. We are not going to walk away from this. Some companies see it just as another niche area, which is fine if they make those decisions; it just makes us more proud in a sense.