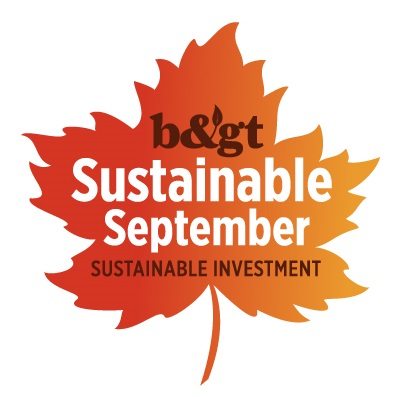 Sustainable September debate: investment is about maximising return – arguments against

“The purpose of investment is maximising return, nothing else.” That is the motion that will be discussed in the fourth and final debate event during Sustainable September – the month-long celebration of sustainability that Blue & Green Tomorrow readers can reserve their places for now.

We explored on Thursday just some of the arguments in favour of the motion, namely the fact that investment is not charity and therefore should only be concerned with the bottom line.

But there is a growing band of investors and financial professionals who disagree wholeheartedly with this mantra. In the last two or three decades, thinking has evolved to the point where now, it is not simply accepted that money should be somehow disconnected from the environment or society.

Money and investment have real-world implications, whether that’s through the polluting fossil fuel company in which your pension is invested or the cancer-causing tobacco company your investment fund owns shares in.

Though it is a popular approach, it is not simply about avoiding investing in such companies altogether. Sustainable investment has evolved to be about investing in the next generation of companies that are tackling key sustainability challenges. Climate change, resource scarcity and population growth are just three issues that investors are considering today in the way they invest.

But more than being just a moral or ethical argument, opting for the sustainable option has been proven time and time again to be the most profitable long-term option as well. Moneyfacts.co.uk said in August last year that the average ethical fund performed better than the average non-ethical fund over a 12-month timeframe, while a 2012 study by Deutsche Bank described sustainable investment as a “clear win” for investors and companies.

In essence, investment is about maximising return and earning as much profit as possible – but, importantly, this is boosted by acknowledging the environment on which we depend and society in which we live.

Read the arguments for the motion.