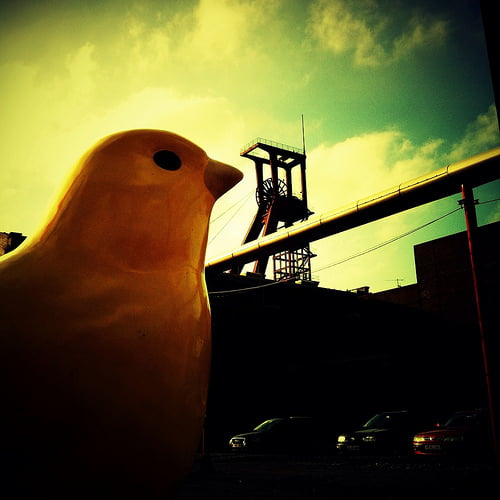 “Smart investors can see that investing in companies that rely solely or heavily on constantly replenishing reserves of fossil fuels is becoming a very risky decision.” These were the words of Lord Stern, following the publication of Carbon Tracker’s latest report. Ted Franks of WHEB Asset Management digs in to the details.

The premise is simple: we can’t burn all of the fossil fuel assets on the balance sheets of fossil fuel companies, and not risk catastrophic climate change.

Putting that in context, the researchers calculate that roughly 2,860 billion tonnes (Gt) of CO2 are embedded in the world’s indicated fossil fuel reserves, but we can only burn 565-886Gt (31%) if we are to keep global temperature rises to below 2C. Put another way, 69% of fossil fuel assets could potentially be worth nothing.

The implications are huge. First, CTI’s numbers highlight the sheer size of the interests vested against meaningful action on climate change. How easy it is to frighten politicians, when the loss of value looks so great.

Another straightforward conclusion is that spending anything on developing new carbon resources is probably a waste of money. If this report is being read in the boardrooms of the major fossil fuel companies (and I’m sure that it is) it should prompt some strategic re-evaluations.

Many fossil fuel companies are planning to increase capital expenditure as they chase increasingly hard-to-reach new reserves. It looks like it’s time to hit reverse.

Perhaps most interesting is what the report tells us about the carrying value of fossil fuel assets. Imagine how different the balance sheet of an oil company would look, if 69% of its reserves were reduced to zero.

Of course, investors don’t have the luxury of waiting for those carrying values to change. The markets will change them first. This has already happened to the US coal industry, which has recently seen a spectacular decline in value.

For example, the price of bellwether Peabody Energy Corp is down 72% from its peak just over two years ago, according to Bloomberg. In the same time period its price-to-book ratio has shrunk from 4.0x to just 1.1x.

Traditional oil and gas analysts may say that such a drastic drop in value is inconceivable for other parts of the fossil fuel industry. But that a change is profound does not make it less likely – just ask the former employees of Lehman Brothers. We overestimate change in the short run, but underestimate it in the long run.

Finally, there is a nasty sting in this tale for UK investors. Thanks to its global appeal and basic materials heritage, the London Stock Exchange is loaded with energy extraction companies. According to my rough maths, it has 84 tonnes of potential CO2 for every $1,000 of market capitalisation. This makes it the second most carbon-intensive stock exchange in the world, after Moscow.

So the average UK main market investor is more exposed to the risk of unburnable carbon than pretty much any other investor in the world, is almost certainly more exposed than they realise, and probably isn’t able to quantify that risk.

Wouldn’t you rather be investing in companies that provide sustainability solutions?