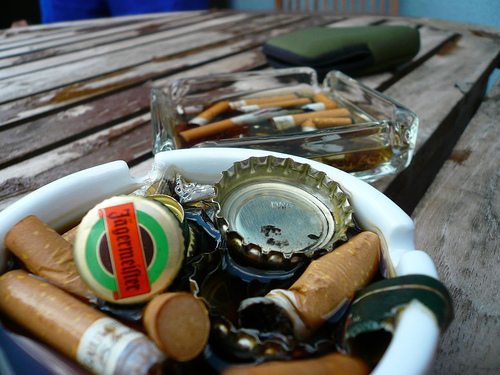 The debate around ethical investment is often framed in terms of the poor performance of ethical funds (a myth); that they are a ‘marketing trick’ (nonsense); or that unsavoury companies that can appear in an ethical fund.

The founding principles of negative screening that constituted ethical investment, screening out or limiting investment in pornography, gambling, tobacco, alcohol, arms and nuclear, have meant that companies with dubious human rights records – oil, gas and mining companies, for example – are allowed in. This is a recognised issue for the industry.

While this is obviously questionable, the arguments around what is ethical have evolved. The narrow argument on ethical funds fails to recognise the emergence of sustainable, SRI, responsible and impact funds that use positive selection to actively seek out companies involved in sustainability.

The classic line, “To ignore firms with potentially ethical concerns may mean your investments would not grow substantially”, will be familiar to our readers. The same defence was used to support the slave trade. To ignore firms that invest in slaves meant that 19th century abolitionists’ investments would not grow substantially as those that did.

In the movie Aliens, profiteer and company man Burke decides to smuggle the alien embryos back to Earth inside Ripley and the orphan Newt. They will be valuable to the bioweapons division of the company. To succeed, he needs to sabotage the surviving marines’ life support. When this plot is uncovered, Ripley says to Burke, “I don’t know which species is worse [alien or human]. You don’t see [aliens] fucking each other over for a god damn percentage.”

I think we can all agree that Burke was unethical. Doubtless his actions would be applauded in the Questor column, had he pulled it off and delivered a healthy return to the company’s investors.

Because that is what the vast majority of funds are doing: fucking over the environment and our children for a god damn percentage.

– Investing in and profiting from oil, gas and mining companies that behave recklessly towards the environment and people is unethical

– Investing in and profiting from media companies that hack the phones of murdered school children, families of killed war heroes and victims of terrorism is unethical

– Investing in and profiting from any company that knowingly harms the planet and its people, secretly lobbies government to protect its interests and sponsors disinformation campaigns is unethical

So while it is time consuming to find an ethical fund, a simple step in the right direction is to avoid the most unethical ones.

There is a group think at play in investment, and the archbishop of Canterbury has succumbed to its charms. Ethical and sustainable is hard to do. It means making hard choices and forgoing an easy profit. It means transforming investment and changing the mindset and culture of investors. It means taking on powerful vested interests in business, finance, politics and the media.

It means accepting there is such a thing as an unethical investment – they are the ones that fuck us all over, for a god damn percentage. Pretending it’s all just a little bit complicated, so we need not act, is as ignorant and lazy as it is unethical.