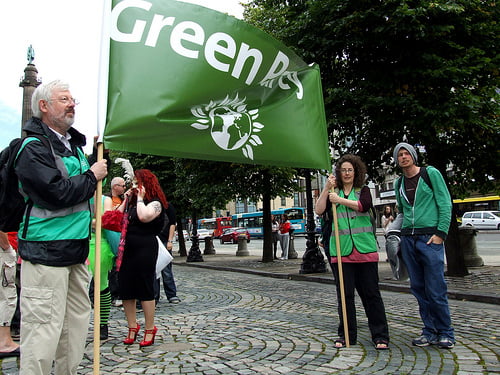 We do not involve ourselves in party politics, as a rule, apart from reporting on environmental and energy policies. On this occasion, we have taken a break from our convention to encourage people to vote Green to send a strong message to the major party leaders.

We will start with a confession. We wish the Green Party did not need to exist. We wish that climate science was accepted and widely understood; that clean and renewable energy was the mainstream; that sustainable investment was the dominant style of investment; that ethical shopping was the norm; and that we all chose to travel responsibly.

We wish the government realised that there is nothing else economically or socially, without the environment that sustain us.

Last week, we covered the policies of the five top parties when these council seats were contested last: the Conservatives, Labour, the Lib Dems, the Green party and UKIP.

We have concluded that, until our wishes above come true, we will need the Green party. More and more, every year, for as long politicians and those who elect them, fail to act.

UKIP has done most of the running in the lead up to the England local elections today. By being a party for the protest vote, it has adopted the role normally taken on by the Lib Dems. Investigations by the press have revealed some less than savoury candidates in their mix.

Nevertheless, UKIP has clearly moved the national debate on Europe.

Similarly, a vote for the Green party will send a clear and much more positive message to the major national parties on energy, the environment and creating a sustainable economy.

Based simply on share of votes, good opportunities for breakthrough are in the county councils of Warwickshire (no seats), Norfolk (seven), Worcestershire (none), Suffolk (two), Gloucestershire (one), Hertfordshire (one), Devon (one), Essex (one), East Sussex (none, and home to the Greens’ only MP and former MEP, Caroline Lucas) and Cambridgeshire (one).

In six of those, the Green party has broken through and already secured councillors, which proves that even in first past the post elections, fourth, fifth and sixth placed parties can gain representation.

The same percentage of people (11%) voted for the Green party in Warwickshire (21,115) as they did in Norfolk (27,395 votes). Due to the perversity of the first past the post system, it secured them no seats in Warwickshire and seven seats in Norfolk. Come on, Warwickshire!

Also in the running are Oxfordshire (two seats), Northamptonshire (none), Lancashire (two) and Bristol (one). In each, the Green party came in fourth place and has an outside chance of securing more or any seats.

Local elections are, of course, about local services and their provision. However, they are a useful barometer on the national mood and a powerful signal to the main party leaders to change or strengthen their direction.

As we have said, most of the running has been made by UKIP and its anti-Europe, anti-immigrant message.

An electoral boost for a party that makes environmental issues central to its policies is a good stick with which to beat the other parties.

Members of the National Trust, Campaign for the Protection of Rural England, Wildlife Trusts, the RSPB, customers of Good Energy, Ecotricity and those who choose to invest or travel responsibly and shop ethically could all send a strong message to government and politicians that we care about our environment if they used their vote to back the Green party. The worst that could happen would be a shift in the major parties to reflect public over corporate opinion.

We certainly do not agree with everything the Green party says; nor are we here to bang a drum for any political party. That said, today’s elections provide English voters with opportunities to send a powerful positive message that we want the major parties to do more to promote a sustainable economy, support job creation in renewables and cleantech and protect the environment.

The Green party came fifth in 2009, the last time these elections were contested. This was above UKIP. A year later, UKIP had moved up to fourth place in the general election, while the Greens were pushed into seventh behind UKIP, the BNP and SNP.

We can send a message to the party or parties that will form the next government, the environment really matters and action is necessary today.