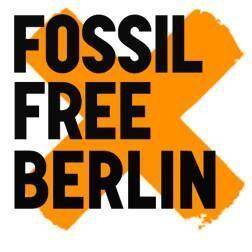 The Berlin House of Representatives has announced that it will no longer invest in fossil fuel companies. The decision was made today and a new climate-focused investment policy will be released. The policy should ban coal, oil, and gas investments from Berlin’s €750 million pension fund.

The Berlin House of Representatives decided to blacklist investments in companies that are incompatible with the city’s goal of becoming climate neutral by 2050. The ban includes shares in companies such as RWE, E.ON and Total.

Christoph Meyer who has been campaigning with Fossil Free Berlin for the German capital to cut its financial ties to the fossil fuel industry said: “Berlin’s decision to blacklist fossil fuel companies is the latest victory for the divestment movement, which serves to remove the social licence from companies whose business model pushes us into climate catastrophe. We will keep a close eye on the administration to make sure it upholds today’s commitment and urge the city to now take quick steps to break its reliance on coal power.”

“Last week we’ve had Stockholm divest, this week Berlin. It’s time for London, Amsterdam and other cities where people are pushing for divestment to play catch-up,” said 350.org Europe Team Leader Nicolò Wojewoda. Stockholm and Berlin follow in the footsteps of cities such as Paris, Copenhagen, Oslo, Seattle and Melbourne, as well as universities, pension funds and religious institutions around the world. To date, over 500 institutions have committed to stop investments in fossil fuel companies that are driving the climate crisis and present a significant financial risk.

Fossil Free Berlin kicked off the divestment campaign in the German capital in February 2015 and has maintained the pressure on the city ever since. In November 2015, a report prepared by an energy committee of delegates from all parties in the Berlin House of Representatives called on the Berlin government to divest from coal, oil and gas and become a ‘divestment capital’. Berlin’s financial administration already issued a call for tenders for financial advisors to support the development and management of a sustainable portfolio free from fossil fuel, nuclear energy and arms companies. The financial administration is looking for a financial advisor to start the divestment process immediately, with a target to have the new criteria developed by 1 January 2017.