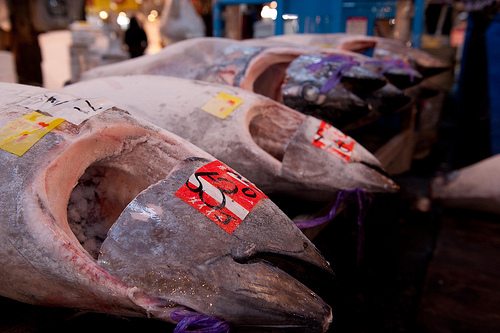 Former New York City mayor Michael Bloomberg’s philanthropic foundation is to give a $53m (£32m) grant to combat overfishing, while showing investors how they can make money from joining the fight.

Many marine ecologists argue that overfishing is the biggest threat to ocean ecosystems, with some species pushed to the brink of extinction. According to the United Nations, over 70% of the world’s fisheries are “fully exploited”, “over exploited” or “significantly depleted”.

This has raised concerns not just for aquatic life, but also for the unsustainability of our food supply. The UN Food and Agriculture Organisation (FAO) estimates than one in five people worldwide depend on fish as their primary source of protein.

“This is something where, if you look down the road, we’re going to have a real disaster”, Bloomberg told the Financial Times.

“Some day, some of these species may not be able to continue and certainly there’s not going to be enough food for people.”

A considerable grant from Bloomberg Philanthropies, the former mayor’s foundation, will finance three groups to push for reforms to fishing practices. These will allow fish populations to recover in Brazil, Chile and the Philippines, three countries that provide roughly 7% of all fish caught.

Two conservation bodies, Oceana and Rare, will address near shore and industrial fishing simultaneously.  Oceana will fight for quotas and discard limits for industrial-scale fleets, while Rare will work with local communities and governments to encourage exclusive management privileges for fishers and build their capacity to protect coastal areas, where fish can safely breed and repopulate fisheries.

Meanwhile, New York-based investment firm EKO Asset Management Partners is to develop a blueprint showing how investors can fund schemes that compensate fishermen who will lose income while fishing stocks are allowed to recover, and then take a share of the improved returns that should be formed once fish stocks rise.

In 2009, the World Bank and the FAO estimated that the wasted potential economic benefits from fisheries add up to around $50 billion (£30bn) each year.

“The first time I saw a graph of what a fish stock recovery looked like, it looked a lot like a J-curve in the investment business”, explained Jason Scott, managing partner at EKO Asset Management.

“To us, what is exciting about fisheries is that the science of the biological recovery is proven.”

He added, “This is a natural system. It’s not Facebook. The science works.”

Bloomberg said, “What we’re trying to do is give companies and individuals a hand up rather than a hand out, and then let the marketplace go and do what’s in everybody’s interest.”