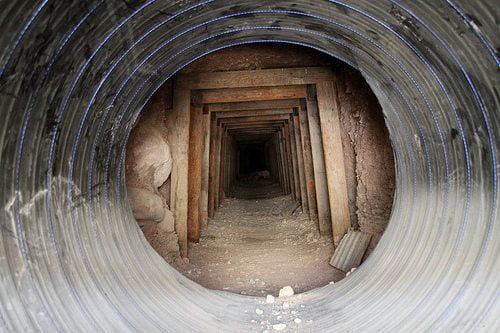 The Canada Pension Plan Investment Board (CPPIB) has pulled its entire investment in mining firm Excellon Resources Inc, which has been previously involved in clashes with workers and landowners in Mexico.

The CPPIB, a major investor in Canada, used to have around $3m worth of shares in Excellon. It is the latest fund to divest from the company, following similar moves from Matrix Asset Management and Dimensional Fund Advisers.

Excellon was involved in disputes with workers in Mexico in 2012, and was accused of breaking the OECD Guidelines for Multinational Corporations over labour rights and land violations. The year before, workers had sent a complaint to the Canadian Extractive Sector Corporate Social Responsibility (CSR) counsellor. They also claimed that the company was refusing to deal with the workers’ union in Mexico.

Industrial labour union United Steelworkers (USW) has welcomed the decision by the Canadian pension fund to divest from Excellon.

“Investors have obligations to shareholders to invest responsibly and avoid links to human rights violations, and this is especially the case with CPPIB which oversees the retirement funds for all Canadians”, said Ken Neumann, USW director.

CPPIB states on its website that responsible investing is “a key element in the sustainability of investment returns for the CPP Fund”. However, it still holds large investments in the oil and gas sector.

In May, the New Zealand Superannuation Fund decided to divest from a global gold mining firm because of concerns relating to human rights violations and environmental damage. It said that these activities were incompatible with UN Global Compact principles.

Meanwhile, other large investors including the Church of England and Norwegian pension fund Storebrand recently announced they are considering divesting from fossil fuels, both for ethical and financial reasons.