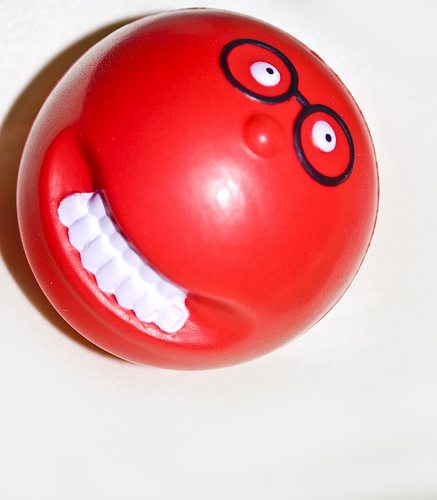 Comic Relief has said it will carry out a review of its investment policy after being accused of investing millions of pounds in funds with shares in tobacco, alcohol and arms firms.

The claims were made in a BBC Panorama investigation broadcast on Tuesday night. It alleges that the charity, which received donations worth over £100m in 2013, has invested £630,000 in arms manufacturer BAE Systems. This is despite Comic Relief’s mission statement pledging to help those “affected by conflict“.

The programme revealed that Comic Relief also invested in British American Tobacco and had more than £300,000 invested in the alcohol industry, even though the charity says it is working to “minimise alcohol related harm”.

Comic Relief chief executive Kevin Cahill told BBC Radio 4’s World at One show on Tuesday that no more than 5% of its funds were going into these controversial areas.

“The trustees, I think, believe that the decisions they have made have delivered the greatest benefits to our beneficiaries”, he insisted.

Last week, when the BBC announced they would be airing the programme, the charity insisted that it had “nothing to hide”, saying that everything it was doing was legal.

Cahill has now said that Comic Relief and similar organisations should ask for advice from the Charity Commission on the matter “because there seems to be some room for doubt”.

Charities are legally required to seek the best financial return with their investments, although in certain circumstances they can opt out of this. Charity Commission guidance, published in 2011, says, “The law permits the following reasons [for investing ethically, even if lower returns are anticipated]: a particular investment conflicts with the aims of the charity; or the charity might lose supporters or beneficiaries if it does not invest ethically; or there is no significant financial detriment.”

Jane Tully, head of policy and public affairs at the Charity Finance Group (CFG), explained, “Ethical investment is a tricky area for many [charities] as they’ll need to strike a balance between risk and return.”

She added, “[Charities] should also consider the fact that the public expect them to be good and responsible investors. Investing in a way that conflicts with what they do, or damages their reputation may harm their mission and have long-term impacts on donors’ willingness to give – a loss of support that may ultimately undermine the financial return generated anyway.”

Comic Relief has previously argued that using ethical screening would have left it subject to unacceptable financial risk. However, after being told ethical funds have recently outperformed their mainstream counterparts, Cahill said, “It’s very good to hear that, in fact, the potential exists within ethical funds to match the return because Comic Relief would clearly choose to be in those if the return was equal or better to where we currently are so it’s a no brainer for us to be in those funds.”

Nick O’Donohoe, chief executive of Big Society Capital, said that the revelations “[highlight] the importance for all organisations, but particularly charities, to understand where their investments are being made.”

He added, “At a minimum they should ensure investment managers have active engagement in environmental, social and governance issues and should be encouraging their investment managers to sign the United Nations Principles for Responsible Investment.”