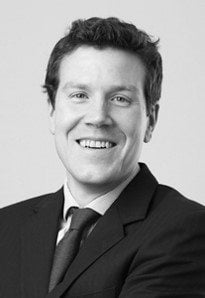 Edward ‘Ted’ Franks, Fund Manager of 3D 5-star rated WHEB Sustainability Fund, always looked for a way to deliver good things through finance and economics. He spent his early career getting together all the skills he could: he studied economics, philosophy and law, and qualified as an accountant and a chartered financial analyst. Then he moved into renewables, energy, and water investment banking, and built up his experience over “lots of long hours”. And then in 2009 he got the opportunity to put it all together with WHEB. Today he speaks to Blue & Green.

What triggered your initial interest in sustainability?

My father worked in water and development, and I grew up travelling the world with him and wondering how it was that such differences could exist between peoples’ situations. That sparked my interest in economics and sustainability, which to me are two sides of the same coin. Remember the Rio Declaration: development today must not threaten the needs of present and future generations. It sounds commonplace now but I do think it is very profound. So it’s the same question that still fascinates me to this day: how society allocates resources, but spread across time as well as regions and societies.

We see you have a degree in Philosophy and Economics – did a career in politics rather than finance not beckon?

To be honest I never really considered it. I guess I always thought that politics wasn’t as useful as being technical, and applying technical skills: it also seemed somehow dishonourable. But strangely, in a way, I’ve become less cynical as I’ve grown older and now I think that the scope for positive change by politicians is huge.

You’ve been with WHEB since the sustainability fund’s inception in 2009. What’s been the highlight of the last six years?

This will sound corny but it’s all been a highlight. That’s not to say there haven’t been lots of knockbacks: investing is a tough business and if you’re trying to do something a bit novel and innovative then it’s even harder. But, we’ve been involved in and contributing to the response to one of the greatest challenges the world has ever faced – up close to some of the real agents of change. It’s a huge privilege and I have loved nearly all of it.  And all of the people who have been involved at WHEB, they are a highlight in themselves.

What have been the biggest changes in the investment world over the last six years?

There have been some pretty big changes in the general investment world in that time. Two big obvious ones of questionable value are the new dominance of passive investing, and the rise of rules- (as opposed to principles-) based regulation. More positively, there is no question that investors of all types are more interested in the impact their money has than ever before. It’s amazing some of the conversations we have now, and who we have them with.

And what do you envisage the biggest changes will be over the next six years?

Well I think in the next six years I think the massive impact of climate change will become more apparent.  It’s very clear if you look for it already: for instance, in how weather patterns have impacted the Middle East over the last decade. But I think it will become clearer and clearer, and more and more resources will be invested to remedy it. I do also think that scrutiny of companies’ behaviour and impact will increase for the same reasons.

Any emerging sectors our readers should watch? (this does not constitute investment advice.)

Probably our best weapon against the havoc of climate change will be the power unleashed by digitisation. Intelligent and responsive systems are already emerging in all aspects of life, to save resources and improve performance. In plainer English that means things like sensors, intelligent design, software and analytics. The potential is staggering.  Spotting the digital disruptors in any given industry won’t be easy, but figuring out the knock-on effects will be even more interesting…

We’re right up against COP21, are you optimistic it will deliver a binding agreement that averts catastrophic climate change?

Sorry, this will be a very measured response. I am optimistic there will be an agreement, I don’t think it will be meaningfully binding (I honestly don’t know what ‘binding’ could mean in a global context) and I’m sure that it won’t be the key thing that averts catastrophic climate change. Technology has to do the heavy lifting there.

If we made you Prime Minister for the day with the mandate to make one change to government policy what would it be?

Ha. There are too many. Two environmental ones that I will never understand are the new nuclear deal and the tax breaks for fossil fuel production. For anyone who believes in the power of markets, and can do maths, those two are really hard to get your head around.  But since I need to pick just one, I’ll go for something less directly linked to sustainability but more profound: I would stop any interest payments from ever being tax-deductible. It’s only really by accident that they were ever made so, and sorting it out would put an end to our lethal debt habit.  This is such a huge issue that I don’t think people even realise we can do anything about it.

What is the one question we should have asked you and didn’t?

Well that’s a good one anyway. We’re getting a lot of good questions now about how we think about measuring and improving the impact of our investments. There should be some interesting answers in our next impact report which is due in the New Year.