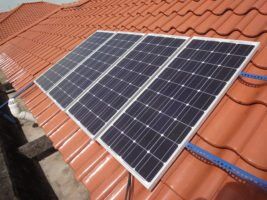 Geir Lode, Head of Global Equities at Hermes Investment Management, challenges the preconceptions of what many investors believe make an ESG stock.

There is a perception amongst some investors that to invest in a company with strong environmental credentials you need to compromise; that you’ll be confined to the small cap investment universe, excluded from multi-national businesses that generally offer stability and consistency of dividends.

Dong Energy is a Danish utility company that over the next decade is refocusing its business away from traditional fossils fuels to renewable energy. Its market capitalisation of over US$15bn allows large investors to take a meaningful participation in the transition to a low carbon economy.

The company was founded in 2006 when Dong, a traditional oil and gas company, merged with five smaller Danish power utilities. Today the most carbon-intensive fossils fuels are seen as a non-core business segment with legacy assets being managed to maximise cash returns.

The main focus of the company is the fast-growing offshore wind farm business which includes the world’s biggest offshore wind farm that Dong is building off the coast of North-East England. Dong has a slightly different approach to its competitors in that it typically sells fifty percent of the interest in a wind farm prior to completion to crystallise the value of the project. This strategy is proving successful as it reduces the risk for equity investors whilst simultaneously increasing the visibility of the project to infrastructure investors looking for stable yields.

Dong is the largest global developer of offshore wind farms and having already doubled their installed capacity from 2012 to 2016 they aim to double capacity again by 2020. The company is committed to reducing carbon emissions by converting existing coal and gas power plants to use sustainable biomass. By 2020, the company’s target is that at least 60% of the power and heat produced at their power stations should be from sustainable biomass. The contribution from coal, oil and gas is expected to shrink significantly.

In Hermes Global Equities we rank potential and current investments by assessing the company’s financial attractiveness and ESG risk factors. For Dong, we expect the future return on capital to be higher than that of the legacy business. The company’s financial visibility is very clear through to 2020 and we see a 15 to 20 percent upside in the share price. The company has indicated that they expect to pay a dividend this year and given the high visibility of earnings we anticipate steady dividend growth thereafter. The company is also committed to maintaining their credit rating.

Investors may be surprised to consider Dong as a viable ESG name given its historical use of coal in energy production, however, we see ESG as not just investing in the green companies of today, but also those of tomorrow. Dong Energy is investing heavily in biomass and wind production and the carbon intensity of its production is expected to decline from 638g CO2/KWh to 260g CO2/KWh by 2020. Excluding companies with hydro exposure, Dong has the highest percentage of renewables in the energy mix of any European integrated utility company. The company’s corporate governance is also strong with excellent compensation transparency, a separate CEO and chairman, high board independence, and almost forty percent female representation on the board.

To achieve their ambitious targets the company must continue to demonstrate the excellent project management skills that have propelled them into their current position. There will also be risks outside of the company’s control, for example renewable energy has long relied upon government subsidies and a favourable regulatory environment. The Paris COP21 agreement last year suggests that the world is committed to the green economy, but in the face of a global slowdown or a Brexit-induced recession this resolve may be tested.

Geir Lode is Head of Global Equities at Hermes Investment Management. Lode has been on the board of 17 companies across 4 countries and, amongst other roles, was previously Chairman of Bergen Yards.