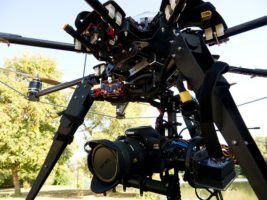 A new briefing for investors published by ShareAction and Access Now has revealed that investors in ICT (information and communication technology) companies that contribute to human rights violations through the restriction of internet services, face financial and reputational risks to their portfolios.

Such restrictions, known as internet shutdowns, intentionally render electronic communications tools such as email, Facebook, or WhatsApp, inaccessible or effectively unusable within a specific location. Governments often request that companies enforce shutdowns in order to exert control over the flow of information during elections and public demonstrations.

The briefing focuses on the risks associated with internet shutdowns, and the actions responsible investors can take. As well as posing a threat to human rights, there are also clear financial and reputational risks to businesses. The cessation of normal operating practices predictably cuts the revenue of ICT companies. The shutdown of services in Egypt in 2011 for five days resulted in direct costs of at minimum USD $90 million. Even relatively brief shutdowns can drive customers to competitors. In Brazil, millions of users downloaded the mobile messaging app Telegram when a court-ordered block shut down its rival WhatsApp for 24 hours in December 2015.

In July 2016, the UN Human Rights Council passed a resolution which specifically condemned internet shutdowns as a barrier to human rights. Earlier this year, UN Special Rapporteur on the rights to freedom of peaceful assembly and association Maina Kiai pushed back strongly against the use of internet shutdowns during protests. Yet the trend only grows. In 2016 alone, digital rights organisation Access Now has recorded more than 40 internet shutdowns worldwide, a sharp increase from 2015, during which fewer than 20 were recorded. A prominent recent example occurred during the attempted coup d’état in Turkey in July, when media coverage of the coup detailed the unavailability of social media platforms Facebook, Twitter, and YouTube.

With increased competition and lower switching costs, customer trust in these companies stands at risk globally, especially when users perceive corporations as complicit in unlawful or unethical practices.

The briefing recommends that investors encourage companies to: appoint a board-level officer who is responsible for handling shutdown orders; establish a clear policy for responding to and documenting orders, including resisting; and improve transparency about human rights risks where companies operate and increase reporting on the orders.

“Promoting human rights is good business practice. Encouraging transparency around the countries in which companies operate, and those in which they have received requests for service shutdown or monitoring, is a vital first step for concerned investors,” said Colette G. St-Onge, Digital Campaigns Officer at ShareAction.

“Internet shutdowns serve as early warning mechanisms of human rights violations. We’ve seen that when governments order telecommunications companies to disrupt the internet, they create a situation in which misinformation runs rampant, money is lost, and people can be harmed or killed in the ensuing blackout. The recommendations in this briefing show concrete steps for companies to take constructive action, and for investors to hold them to account,” said Peter Micek, Global Policy and Legal Counsel at Access Now.