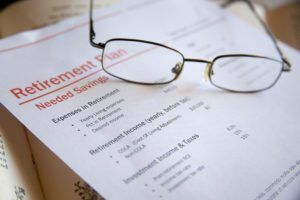 Many of the world’s biggest investors breached their responsible investment commitments to help ExxonMobil defeat a shareholder campaign for it to assess climate risk to its business, finds the first study of voting at its AGM, carried out by the Asset Owners Disclosure Project.

The report also identifies a “crisis of accountability” between many pension and retirement funds and their members, revealing that more than 1000 ignored letters from members urging them to support climate resolutions at the AGM and asking how their fund intended to vote.

At Exxon’s AGM in May 38% of shareholders defied the board to vote for a resolution asking the world’s biggest publicly traded oil company to disclose how resilient its investments would be if policy measures to restrict global warming to 2C were put in place – a near-record vote for a contested resolution.

At the Paris Climate Summit world leaders pledged to limit climate change to a maximum 2C, putting climate risk firmly on the mainstream financial agenda. Mark Carney, Governor of the Bank of England and chairman of the international Financial Stability Board, has warned that action to tackle climate change could leave fossil fuels and other high-carbon investments as worthless stranded assets.

AODP’s ExxonMobil Investor Engagement Report reveals that many of the world’s biggest investors whose vote is publicly available and who supported the Exxon board by voting against the resolution have signed up to the UN-supported Principles for Responsible Investment (PRI). They include Blackrock and Vanguard, the world’s two largest asset managers who jointly own 11% of the company, JP Morgan, Capital Group and Franklin Templeton.

The global commitment to limit climate change to two degrees poses a clear threat to the business model of fossil fuel companies.

These principles pledge signatories to incorporate environmental, social and governance (ESG) factors into their investment decisions. Principle 3 states: “We will seek appropriate disclosure on ESG issues by the entities in which we invest.”

Julian Poulter, CEO of AODP, said: “The global commitment to limit climate change to two degrees poses a clear threat to the business model of fossil fuel companies. Shareholders have a right to know how Exxon plans to manage climate risk.

“Asset managers and asset owners who helped Exxon defeat this modest climate resolution are not only risking their own money, they are betraying the millions of ordinary people whose pensions are invested in Exxon stock. Our analysis also reveals disturbing hypocrisy, with many investors ignoring responsible investment commitments they have made.”

Blackrock voted with Exxon despite warnings from CEO Larry Fink in a letter to CEOs earlier this year that ESG factors like climate change “have real and quantifiable financial impacts” and “for too long, companies have not considered them core to their business – even when the world’s political leaders are increasingly focused on them, as demonstrated by the Paris Climate Accord.” [1]

Details of funds which supported Exxon against the climate resolution have only just emerged following the August 31 Securities and Exchange Commission deadline for shareholders to disclose votes.

Julian Poulter said: “Having rejected wholesale fossil fuel divestment, these funds now have to prove that engagement can be a credible way to transition these companies into cleaner organisations. By helping Exxon to dig its heels in, many of the same funds that helped bring the house down in the 2008 sub-prime mortgage crisis are now ignoring Mark Carney’s warnings of a “wholesale re-assessment of prospects” and risking another financial crisis.”

A VoteYourPension campaign ahead of the AGM revealed a basic lack of accountability between pension funds and their members over how they are engaging with Exxon to manage climate risk. A total 1069 pension funds in 52 countries were contacted by members urging them to support climate resolutions at the AGM and asking how they intended to vote. Just 35 funds responded.

Funds which failed to respond included 136 PRI signatories, despite a commitment (Principle 6) that: “We will each report on our activities and progress towards implementing the principles.”

Of funds which did respond to members, the most common reason given for not divulging their voting plans at the AGM, given by eight funds, was that they relied on their asset managers to vote. Three said they invested through pooled funds and one said it relied on proxy voting advisers.

Julian Poulter said: “Pension funds and other asset owners have a fiduciary duty to look after their members’ long-term interests and should not simply outsource responsibility to asset managers or advisers who typically take a shorter-term view. Funds should direct their asset managers to vote their shares in line with their responsible investment commitments.”

AODP’s report reveals that asset managers played a critical role in helping Exxon defeat the climate resolution. Because they pool the capital of many asset owners it gives them large shareholdings and much greater voting influence than individual asset owners.

Three asset managers own 16% of Exxon: Vanguard (6.6%) and Blackrock (4.9%) which voted with Exxon and State Street Global Advisors (4.5%) which supported the climate resolution. By contrast only four other investors own more than 1% of the company, and none more than 1.5%.

However, the report points to encouraging signs that shareholder action on climate risk is gathering momentum.

·       A record 82 funds worth around $10 trillion announced their support for the climate resolution in advance, setting a new precedent for building shareholder coalitions.

·       Two major proxy voting advisers, ISS and Glass Lewis, recommended voting for the resolution, support believed to have had a significant impact on the vote count.

Julian Poulter said: “A massive 38% of Exxon shareholders defied the board and voted for a two degree stress test of its business model. A growing number of the world’s biggest investors now see climate risk as a material issue. Exxon and other high-carbon companies should act now to align their activities with the two degree global climate commitment.”

A list of Exxon’s top 50 shareholders and how they voted is available on pages 21-22 of the report.