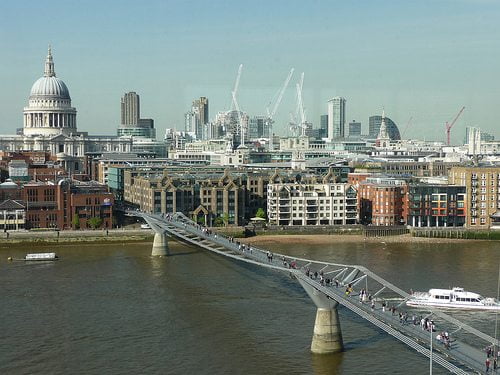 The Church of England declares war on payday lenders and then it’s uncovered it’s one of their investors. It’s a perfect story. And it draws back the curtain on the difficult business of ethical investment, says Daniel Webster.

Any unfortunate headlines over the Wonga saga were largely nipped in the bud on Friday morning by a frank and disarming interview with the archbishop of Canterbury Justin Welby, in the feared 8.10 slot on the Today programme. He achieved that through such unorthodox techniques as:

This isn’t a new idea for the Church of England. It’s had a similar policy towards unscrupulous lenders for 12 years, expanded in 2011 to prevent investment in the new breed of payday lenders such as Wonga that have proliferated in the light of recent economic crises. The recommendation in its ethical investment policy on high interest lenders not to invest in companies with more than 25% of their business in this area is not a cop out, and nor is it tolerating a little bit of sin.

The policy if correctly implemented – and my suspicion is that the investment through a hedge fund in which the church’s pension fund invests is an error rather than a gap in the policy – means that companies engaged in payday lending would not be invested in. However, were there a company that produces databases used for a wide variety of companies, some of which were payday lenders, then investment in this company would be acceptable as long as payday lenders were not the core of their business model.

And the policy is not rigid. It does not condone everything that isn’t automatically caught by the threshold, and it allows the space for companies to be specifically excluded from investment. I expect that following this revelation, closer attention will be paid and portfolios reviewed to ensure similar embarrassments are avoided.

What should the Church of England invest in? Through the Church Commissioners, it has over £8 billion to look after, most of which is in the pension fund. That’s a lot of money and it takes seriously the importance on placing it where it can do good and trying its best to not do harm. It might make a nice soundbite to say it should do more than minimise harm, but that assumes that’s all they were trying to do. And what if in doing good it might also do some harm; shouldn’t that harm be minimised?

What if in divesting from a company, even one with dubious practices, it causes people to lose their jobs? That’s not necessarily a reason to continue investing, but harm minimisation is an essential part of deciding where to invest. When the amounts of money invested are of the scale they are in the Church of England, the impact of policy decisions can have significant consequences.

We could all envisage an idyllic scenario where the Church of England only invests in companies that do good, that create jobs, respect their workers, contribute to the community and conduct themselves with transparency, candour and are above reproach. And there are companies that are better than others.

It is what Francis Spufford abbreviated as the hptftu (human propensity to fuck things up). It’s what Justin Welby had the gumption to label as sin on the Today programme. And that happens in all areas of life, even in the best companies, even in the churches where we seek to serve God and make him known.

An indication of our commitment to the good is not a naivety about our fallenness, or a refusal to have anything to do with it, but a determination to see places of darkness brought into light.

But the responsibility of the Church Commissioners is also to make money. It has a fiduciary duty to the money they manage, it has pensions for clergy which cannot just be donated to good causes. It has to find a way of doing good, minimising harm, and making money.

And one other thing. What if the engagement of the Church of England’s investing bodies with companies encourages them to act better than if they did not engage or invest? What if they looked at all the companies in which they could invest, and what if they found faults with them all and drew their money out?

What if instead they used their power as investors, their votes and annual general meetings, the threat of withdrawal of funds to encourage better actions, lower executive remuneration, better treatment of workers, clarity of supply chains, reduction in corruption, care of the world and contribution to society?

There’s a place where investment in companies is inconsistent with the role of the church in society. And there is a time when divestment should take place. There are times to stand clearly and unambiguously and refuse to have anything to do with something that is not contributing to the flourishing of the common good. And there are times to get alongside those walking in darkness and lead them to the light.

Finding the balance between the two is the role of one as wise as a serpent and as innocent as a dove. And it appears to be the route the Church of England is endeavouring to take.

Daniel Webster is a parliamentary officer at the Evangelical Alliance. This article originally appeared on his blog.