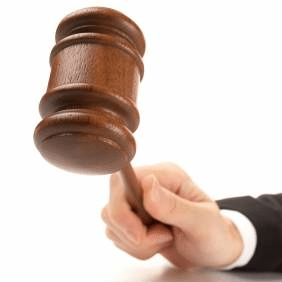 On 30th September a mock trial will take place at the Supreme Court over a case of a company inflicting ecological damage. This is to discuss the possible implications of an “ecocide” law which has been put to the UN to become the 5th Crime Against Peace.

The trial has been organised by the Hamilton Group, and will see leading barristers arguing the case for and against a company that has caused destruction to the environment. ‘Ecocide’ has been formally described by Polly Higgins, an environmental lawyer as “the extensive damage, destruction to or loss of ecosystems of a given territory, whether by human agency or by other causes, to such an extent that peaceful enjoyment by the inhabitants of that territory has been severely diminished.”

The trial will explore the potential implementation of this law, and how an independent jury of the public will view the crime. Environmental concerns are becoming more prominent in the public sphere, and if it becomes accepted that companies are liable for their impact on the environment, this could dramatically change how companies are valued. Regardless of whether investors believe this law should or shouldn’t become legislation, they will need to pay attention to the possible financial impacts.

Worldwise Investor has decided to sponsor the event, as we are interested in the debate and its potential implication on investment. Mark Hoskin, Managing Partner of Holden & Partners has said: “this trial publicises how far the international community may be prepared to go to tackle our environmental challenges. The financial crisis has seen the environment pushed into the background, but the underlying drivers are building and these will have material impacts on company strategy and profits in the future. Private Investors need to take note of events such as this.”

The consequences of the law are as yet uncertain, it may be that companies will be subject to large fines if they are found guilty, and it is likely that even a court case will have an effect on share prices. A recent example of investors reacting to an environmental issue is the plummet of BP share prices since the Gulf of Mexico oil spill of April 2010. If a precedent is set, and the concept of environmental liability comes into public consciousness, the impacts on industry could be enormous.