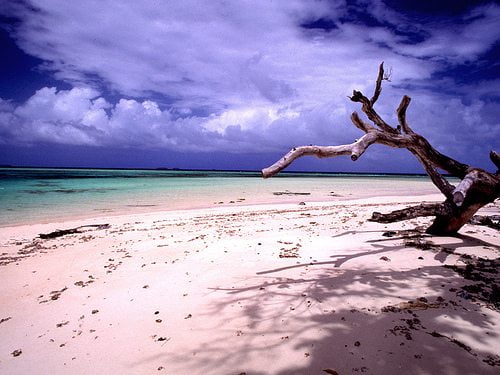 The first college in the Pacific Islands, which face serious threats from climate change, has committed to divesting from fossil fuels. The College of the Marshall Islands voted unanimously to cut fossil fuel companies out of its holdings.

Over the last year the fossil fuel divestment campaign has been gathering momentum, with universities, pension funds, religious institutions and governments amongst those committing to divest. The campaign points out not only the environmental benefits of divesting but also the financial. Many argue that fossil fuels are overvalued when the need to tackle climate change is factored in.

Carl Hacker, president of the college, commented, “We need all of our friends and our colleagues in the Pacific Region and around the world to take note, spread the word and become leaders in this movement to divest from fossil fuels.

“It is critical that our voices and our actions are taken into account as we move forward in discussion concerning climate change and the formulation of policies that will preserve our islands, our histories, our cultures and our ways of life.”

Small island states are at risk of rising sea levels caused by climate change. The Marshall Islands’ minister of foreign affairs Tony de Brum has previously described a global climate change agreement as a matter of “life or death” for countries like his.

Responding to the announcement, Danielle Paffard, UK divestment campaigner at 350.org, which is part of the divestment campaign, said, “As world’s governments dither over serious action to reduce emissions, those living on the frontline of climate impacts are taking leadership that the world needs.

“Despite overwhelming evidence of the damage caused by the fossil fuel industry and despite sustained pressure from student campaigners, many universities in industrialised countries still invest in fossil fuels.”

The Fossil Free campaign has announced a global day of action, beginning on February 13 2015, that seeks to build on the momentum created during September’s People’s Climate March.