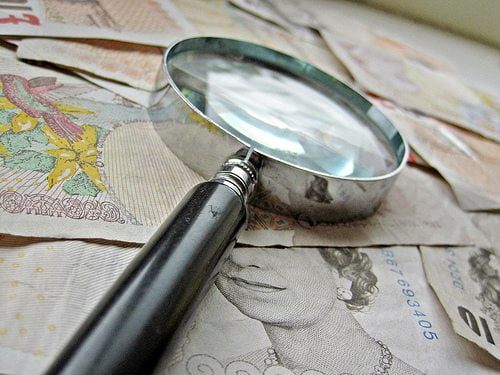 It is almost five years since the collapse of Lehman Brothers, but only now are we seeing the first stirrings of something that was almost universally called for at the time: investor transparency.

In 2008, as the scale of the global financial crisis became clear, transparency was the one thing that all players seemed to agree was ‘a must’ when it came to fixing the system. Politicians, such as then-prime minister Gordon Brown said, “We must reform the international financial system around the agreed principles of transparency, integrity, responsibility”. Meanwhile investors, such as the board of the UN-backed Principles for Responsible Investment (PRI) – containing some of the world’s largest pension funds – issued a call for institutional investors to “publicly disclose their responsible investment activities […] to build more sustainable financial markets”.

Half a decade later, there are finally some signs that the managers of our pension funds, ISAs and other savings are responding to these calls and preparing to shed light on whether our money is being invested in a responsible way.

In the UK, the need for transparency is also being driven by the introduction of auto-enrolment, which will see 6 to 9 million employees join the pensions system, and has led to calls from the Labour party and others for the pensions market to become more transparent and less complex in order to accommodate them.

For those investors that see themselves as responsible stewards (or ‘active owners’ to give it the alternative jargon), it’s also a case of practicing what they preach. Just as they demand that the companies they invest in disclose information about environmental, social and governance (ESG) issues, so they too should be open with their beneficiaries, clients and/or regulators about how they are taking these issues into consideration in their investments.

Learning from the corporate sector

Investors should take inspiration from the growth of ESG disclosure within the corporate world. There are lessons to be learnt that can help investors to improve their transparency.

The most obvious example is the annual corporate responsibility (or sustainability) report. This was practically unheard of until the early 1990s, but now most major companies, from Coca-Cola to Carphone Warehouse, will produce an annual report (either digitally or in print) on how they are managing the ESG issues that affect them.

Investors should do likewise on responsible investment. Last month’s Responsible Investment Reporting Awards highlighted those funds that are ahead of the curve on this around the world – with the UK’s Environment Agency Pension Fund taking one of the two awards given out.

Another potential lesson to learn was highlighted last month by Catherine Howarth, chief executive of campaign group ShareAction. At an event I attended, she called for pension funds to consider holding AGMs each year – that is organising a mandatory yearly gathering, just as companies do, that gives the ‘rank and file’ a chance to hear from the executives and to have their say.

These are the sort of ideas that investors need to consider and act upon if they want to get serious about introducing a culture of openness, rather than opacity, in financial markets.

There is certainly still a long way to go. A ShareAction survey of 20 of the UK’s biggest retail ethical fund providers around six months ago found that nearly half do not publish the fund’s full holdings, which is the clearest and most effective way for customers to know exactly what they are buying into. And it’s still less than a year since JP Morgan lost billions of dollars taking massive risks that neither investors nor regulators understood that it was taking.

Five years on from the start of the global financial crisis, the call for greater transparency still needs to be heeded.