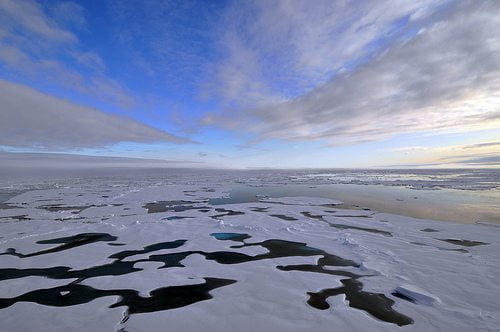 Investors across the UK are being urged to call for oil giant Shell to abandon its plans to drill for fossil fuels in the Arctic Ocean. Campaigners say the project is high-risk with uncertain returns.

Responsible investment charity ShareAction said it expects to see thousands of people email their pension funds about the issue. It added that Shell’s largest shareholder, Blackrock, will also be targeted in an effort to shift Shell’s high-risk Arctic strategy.

The drive is part of ShareAction’s Green Light campaign, which aims to show savers how the pension industry has an impact on sustainability and call on them to take action.

The charity argued that whilst efforts have been made to improve the way companies are run, with a focus on making directors more accountable, the investment community also needs to become more accountable to the people whose money they manage.

Louise Rouse, director of engagement at ShareAction, commented, “Shell is the biggest shareholding in almost every UK pension fund. As such savers in those pension funds are exposed to the potentially catastrophic consequences of a major spill in the US Arctic Ocean.”

She added that shareholders should call for the company to withdraw from the “high-risk project that requires a highly capital-intensive investment for uncertain return”.

The call for action coincides with the publication of a new report that explores the risks of Arctic drilling and what Shell shareholders could potentially be exposed to.

The report states, “The US Arctic Ocean presents almost a perfect storm of risks – a requirement for a long-term capital-intensive investment for uncertain return, a remote and uniquely challenging operating environment, ongoing court challenges, a lack of extraction and spill response infrastructure, and the spotlight of the world’s environmental organisations, the US political community and international media.”

One of the points the report makes it that the company is focussing on the low probability of an oil spill rather than preparing for such an event. Shell has previously admitted to the UK House of Commons environmental audit committee that it had not assessed the potential environmental and financial impact of a major oil spill in Arctic waters. The report described this approach as “risky” given the impact of the Deepwater Horizon disaster in 2010.

The report concludes that investors should question whether Shell’s Arctic plans represent an appropriate risk/return matrix.

Charlie Kronick, senior climate advisor at Greenpeace UK, which was one of the authors of the report, said, “Now is a good time for Shell to change direction on the Arctic. There is a growing divide within the oil industry over the feasibility of Arctic drilling, and other majors have walked away from what they now recognise was a bad bet.”

Shell announced last month that it was suspending its controversial plans for Arctic drilling after witnessing a 39% annual net profits slump. Environmentalists said the move was evidence that exploiting the region “is simply not worth the risk” and called on investors to support a permanent end to Arctic drilling.