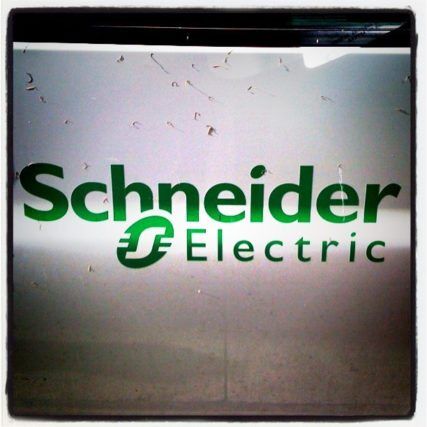 Global energy management and automation specialist, Schneider Electric, has released its financial and non-financial results for the third quarter of 2016.

Schneider Electric uses 16 indicators from the 2015-2017 Planet & Society barometer to measure its ambitious commitments to sustainable development on a quarterly basis. Schneider Electric has exceeded its 2016 target by achieving a total score of 7.65/10 at the end of September 2016.

Schneider Electric is the only company in its sector to get an A grade every year for six years.

“This quarter, Schneider Electric’s sustainability performance was greatly rewarded by the community of non-financial raters. We are first in our industry in the Dow Jones Sustainability Index for the fourth consecutive year, and once again in the highly recognised “Climate A list” of CDP. Schneider Electric is the only company in its sector to get an A grade every year for six years. Our group is also ranked fourth in the Carbon Clean 200 list, the list of companies contributing to the energy transition, and for the first time is named among the Fortune magazine’s Companies That Are Changing the World. This convergence of positive opinions on our non-financial performance echoes our proactive commitment to sustainability and the benefit of the planet. This performance is naturally reflected in the Planet & Society barometer this quarter which, at the end of September 2016, exceeded its year-end target”.

In Q3 2016, 15 out of 16 indicators have been published, and 14 indicators boosted the overall barometer score.

Highlights of this quarter

On the Planet pillar:

– The indicator “10% CO2 savings from transportation” shows 8.5% CO2 savings since early 2015. In Q3 2016, all transportation modes contribute positively to the result. Long-distance freight is the largest contributor to this performance, with 23% of CO2 savings from the transition from air to sea. Short-distance freight, on the road, recorded a 1% reduction. This indicator includes emissions from the transport of goods purchased by Schneider Electric. The data is corrected for activity in tons transported;

– The indicator “100% of products in R&D designed with Schneider ecoDesign WayTM” shows a strong increase in the third quarter of 2016 from 20.8% to 46% of products in R&D designed with Schneider EcoDesign WayTM. The objective of this program is to embed a methodology within the Group to develop new products for a better environmental footprint. The approach is to measure improvements regarding: the impact on climate change including CO2 footprint; the consumption of raw materials; the reduction of chemicals that are hazardous to health; energy efficiency; the serviceability of the product (repair, recycling, reuse, etc.); the circularity for recyclability at end of life; and product packaging. The weight of these different aspects on the environmental performance of the product is customised for each product based on their appropriateness.

On the Profit pillar:

– The indicator “75% of product revenue with Green PremiumTM eco-label” posted a performance at 66.3%. This result is slightly below the expected performance to be achieved in 2017. This is partly explained by the inclusion of Invensys in the results, which was acquired by Schneider Electric in January 2014 and which must integrate the Green Premium criteria since 2015 in the qualifications of its products. Indeed, all activities involved in energy management are included in the Green Premium programme for 2015-2017: Industry (including former Invensys), IT, infrastructure (including former Areva) and oartner (including North America offerings – NEMA);

– The indicator “100% of our recommended suppliers embrace ISO 26000 guidelines” displayed a performance of 72%, 6 per cent higher than the previous quarter. This indicator relies on a supplier’s third party evaluation. Since 2011, sustainability has become one of the seven pillars used to measure supplier performance, allowing the highest-performing suppliers to become “recommended” suppliers.

On the People pillar:

– The indicator “One day training for every employee every year” reached 83% of employees who received at least one training day, the equivalent of seven hours, on a rolling year. In the third quarter of 2016, the third Leaning Week was held in all group sites. More than 30,000 learning hours in classroom and more than 20,000 learning hours in webinars were provided;