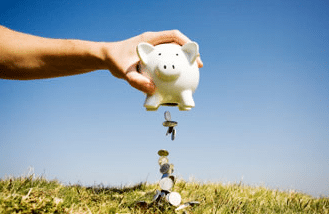 At a rate of 2.5% for an online savings account Triodos, with its ethical mandate, is currently as competitive as most of the main stream banks, such as ING, Santander and Nationwide. The account has a minimum of £1 and no notice period according to Moneyfacts. Why wouldn’t you go ethical?

Among the many banks that offer current and savings accounts, there are few that have an ethical approach, those that do include Triodos, the Co-operative, Smile and Nationwide.

Triodos has a social mission engrained in its statute. Article 2 of its Articles of Association which sets out the objectives of the company state that:

“With the exercising of banking business, the company aims to contribute to social renewal, based on the principle that every human being should be able to develop in freedom, has equal rights and is responsible for the consequences of his economic actions for fellow human beings and for the earth. All in the widest sense of the word.”

Smile, which is part of the Co-operative Bank, is carbon-positive, they generate their own power, and tailor their ethical policy to the needs of their customers. At the moment this includes avoiding indiscriminate weapons manufacturers, companies that impede access to drinking water or vital medicines, or those that extract or produce fossil fuels.

Some of these banks also offer quite competitive ethical savings accounts.

If you compare the best high interest savings accounts Triodos bank are currently sitting alongside some of the better known banks for its online savings account offering which currently gives savers 2.50% AER. The rate includes 1.50% bonus for 12 months and savings start as little as £1.

Triodos, only lend money to people and organisations making a positive impact – culturally, socially and environmentally.

Huw Davies, head of personal banking at Triodos Bank, commented: ‘As the world becomes increasingly smaller, with 24 hour news channels broadcasting both negative and positive activities of global companies, people are more informed than ever about the impacts of their purchasing and investment choices.

‘And we know from the increasing number of customers choosing to save with us that people are beginning to take a more conscious approach to their finances and realise the power of their money for good.

“Recent years have seen a rise in ethical consumerism, from fair trade coffee, to green electricity. Increasingly, and especially since the summer’s banking scandals, the public is also asking questions of their banks and other financial providers. How are they run, what are they investing in and what are they doing with their savers’ money. Ethical banking and investment offers an alternative, so that customers know their money is not doing harm, while still generating a decent return.”