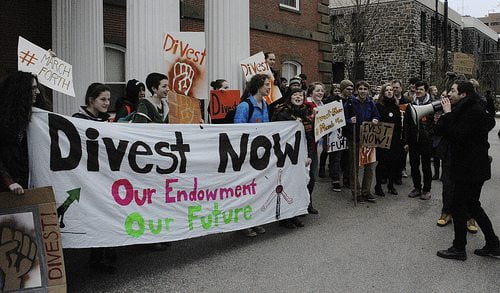 The US water agency – the first in the country to take this decision – has explained it does not want to fund companies that contribute to climate change, as this would put increasing pressure on global water resources.

The firm, which provides drinking water and flood protection to almost 2 million people, also justified the decision by saying that global warming is causing the loss of the Sierra snowpack, a major source of water and electricity in California.

“We are confronting and adapting to climate change impacts on water supply, flood control and watershed restoration, so we shouldn’t be funding the same companies that are the cause of these problems”, explained Brian Schmidt, water district director.

For this reason, the firm decided to ditch the $3 billion (£1.9 billion) debt note from Chevron, which will be sold in 2016, and to avoid further involvement in the fossil fuel sector.

Campaigners from 350.org, the group created by Bill McKibben, welcomed the announcement.

“We hope this decision will set a precedent for other government agencies. It makes zero sense for our public institutions to be investing in companies that are putting the public at risk”, activist Jay Carmona told SanJoseInside.

350.org, which launched the divestment initiative Go Fossil Free, reports that so far six religious institution, 105 cities and states and over 300 colleges have divested from coal, oil and gas companies that ‘wreck the climate’.