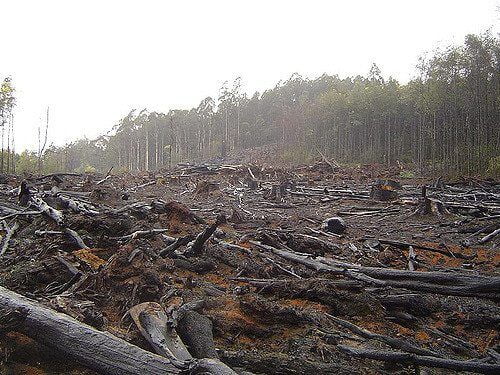 2020 Deforestation Goals May Not Be Reached, Suggests Forest 500 Analysis

The Global Canopy Programme’s ‘Forest 500’ released its 2016 results analysing the deforestation policies of the most influential tropical forest powerbrokers, including companies, financial institutions, and countries. Collectively, these powerbrokers hold the key to decoupling the production of palm oil, soya, cattle products, and timber products from deforestation. This would be a major achievement given that commercial agricultural production accounts for over two thirds of tropical deforestation globally.

This year’s annual assessment reveals that, at the current rate of progress, ambitious 2020 and 2030 deforestation goals, such as those laid out by the Consumer Goods Forum and signatories to the New York Declaration on Forests, are unlikely to be achieved. While 11% of companies have established new deforestation policies or improved existing ones, leading to an increase in their Forest 500 score, 57% of companies in the Forest 500 have either weak policies or no policies at all. Further, over the last three years, there was only an increase of 5% in the number of companies with policies for all commodities to which they are exposed.

Furthermore, entire sectors lack robust deforestation policies: in particular, impacts associated with cattle supply chains, a key driver of tropical deforestation, remain largely unaddressed; only 26% of companies operating in this supply chain have a policy to address environmental impacts from the production, trade, or sourcing of cattle products (beef & leather). Policies also fail to holistically address impacts in these supply chains. Of the 11 companies with cross-commodity gross zero deforestation policies 57% had policies limited to a specific geography or only a portion of a company’s supply chain.

“Despite growing momentum in the number of commitments across key supply chain actors, the Forest 500 reveals that many of these commitments lack the teeth to make meaningful change in the sustainability of commodity production,” states Sarah Lake, Head of the Supply Chains programme at GCP. “While they appear ambitious on face value, company policies need to close loopholes that simply relocate environmental and social impacts to new geographies, or sequester them into less sustainable supply chains.”

The report also reveals that demand for commodity products driving deforestation in the tropics remains unaddressed by major importing countries, while tropical forest countries are increasingly committing to address commodity driven deforestation within their borders. Four out of 25 selected countries exporting forest risk commodities have now established national commitments to prevent the loss of priority forest types such as high conservation value forests, primary, and intact forests, including two in the last year. Yet some of the largest importers such as China and India, as well as the EU and US, have yet to put in place strong demand-side commitments to tackle deforestation embedded in domestic consumption of the range of forest risk commodities. The only Forest 500 importing countries found to formally support nationwide sustainable commodity use or import initiatives are Germany and the Netherlands. Although importing countries may fund sustainability initiatives in producing regions, their import demand remains unaddressed.

The report also finds that strong policies from a small number of leading financial institutions are yet to be matched by their peers, clients and investee companies: 3% of financial institutions assessed have committed to remove deforestation associated with all four Forest 500 commodities from their portfolios, while a quarter have a lending or investment policy for some, but not all, commodities. Yet, even among those financial institutions with deforestation policies, many continue to finance clients and investees without aligned policies indicating a lack of policy implementation. The 2016 assessment finds that 75% of lenders with deforestation policies have made loans – totalling over $64 billion – to producers, processors, or traders that do not have aligned policies.

“Financial institutions lending or investing to companies operating in these supply chains have a significant role to play in achieving deforestation-free supply chains,” states Tom Bregman, Project Manager of the Forest 500. “If they engage with companies in their portfolios on the issue and shift financing away from companies persistently causing deforestation this would send a strong market signal and encourage more companies to take action.”

● 3 companies made particularly encouraging progress: Colgate-Palmolive (US), Marks and Spencer (UK), and Orkla group (Norway) strengthened their deforestation policies and now score the maximum 5 out of 5 points available.
● The 2016 assessment results show that the majority of countries (18 out of 25) and subnational jurisdictions (7 out of 10) selected in the Forest 500 were found to have policies to tackle forest loss – for example, to reduce the rate of deforestation, expand the area of forest under protection, or prevent deforestation in a particular biome.
● Deutsche Bank (Germany) joins HSBC (UK) and BNP Paribas (France) in scoring the maximum 5 points, owing to an improved policy that lays out the expectation for clients to make their own zero net deforestation commitments and protect land with high ecological, cultural, or social value.

CDP, an international, not-for-profit organisation today also released a new study “Revenue at risk: Why addressing deforestation is critical to business success”, produced on behalf of 365 investors representing US$22 trillion in assets. The report concluded that on average, nearly a quarter (24%) of company revenues depend upon four deforestation-linked commodities: cattle products, palm oil, soy and timber products. CDP estimates up to US$906 billion of annual sales could be at risk. The report by CDP reveals just how vulnerable companies are to deforestation risks associated with producing and sourcing these commodities.

To see the Forest 500 platform and read more about the results including the analysis of the groups please visit Web: www.forest500.org Twitter:
www.twitter.com/forest500.