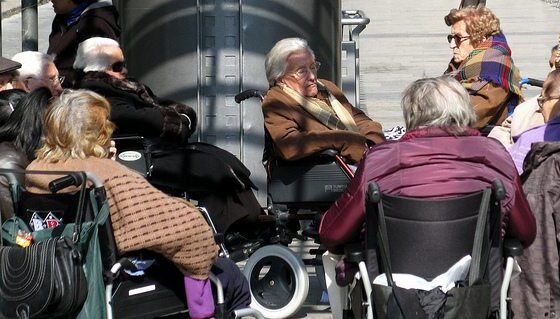 SuperCarers, the online personal service that matches family needs with reliable and compassionate caregivers, has released new research that reveals that over two in five (44%) of UK citizens consider the standard of elderly people care as ‘poor’ or ‘very poor’.

Sadly, this is despite the fact that two million elderly people in the UK have a care-related need and four million will need daily help by 2029. Furthermore, it is expected that by 2025 there will be a deficit of 600,000 carers. SuperCarers is on a mission to disrupt the UK’s archaic, expensive and inefficient care system.

The research showed that just a quarter (21%) of people in the UK are currently looking after their parents which highlights the number of elderly people without any family care support and the potential for a growing epidemic of loneliness in old age.

Women are more likely (23%) than men (19%) to be caring for an elderly parent. This rises to a quarter (25%) of 45-54 year-olds and emphasises the stresses placed on women given the fact that many have already had to give up on careers to care for children.

People express much more confidence in their ability to care for their parents than the standard of care in the nation as a whole – while only 13% think that elderly care overall is good, two-thirds (66%) believe they are taking care of their own parents well or very well.

SuperCarers’ research shows that only 13% of people aged 45 and over believe the elderly are looked after well or very well. Older people (aged 64+) are less likely to think they are well looked after (10%) than 55-46 year-olds (14%) and 45-54 year-olds (15%), potentially highlighting a level of complacency and apathy towards elderly care amongst younger people.

On a regional level, people in Northern Ireland (36%) and the East Midlands (24%) are most likely to believe that older people are being looked after well or very well. Meanwhile, those in the North West (51%) and Wales (51%) are most likely to say that the care given to the elderly by the UK as a nation is ‘poor’ or ‘very poor’.

It’s worrying to see that as a nation we feel we are not providing the best possible care for older people.

“People are living longer and the need to look after the elderly has become more and more pressing. There are plenty of skilled care workers across the country, and we need to connect them to those most in need.

“While it’s commendable that many can and do look after family members, we still need to make sure we improve on our elderly care. We’re confident that SuperCarers can make care more reliable and ease the burden on families struggling to handle care along with their other responsibilities.”

SuperCarers is the brainchild of brothers Adam and Daniel Pike, who had first-hand experience of the challenges in the elderly care system. Reflecting on their Gran’s story in 2014 inspired them to leave the City and pursue a viable solution to help other families in the same predicament: affordable, world-class elderly care.

The company curates a personal matchmaking service where families can find vetted, reliable and compassionate carers for loved ones. SuperCarers matches carers with families based on personality and interest, as well as care need, location and timing. The brand is currently backed by Innocent Smoothies ‘JamJar Investment Fund’ and Sir Tom Hughes-Hallett, the former CEO of Marie Curie, now the Chairman of Chelsea and Westminster Hospital.