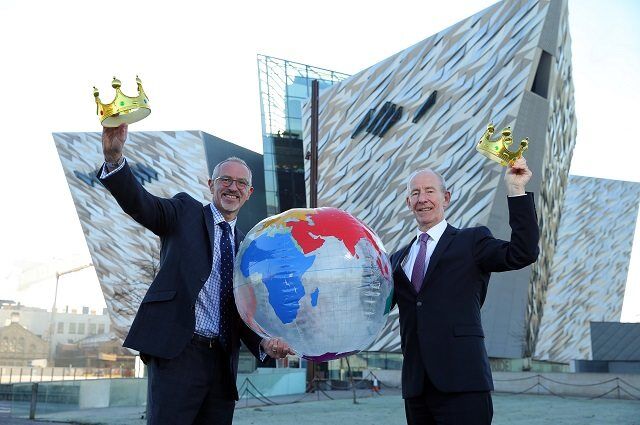 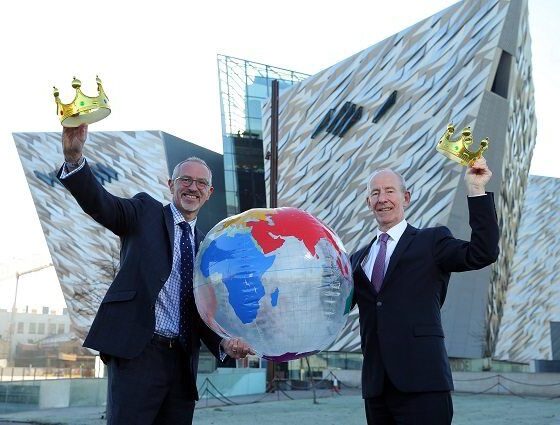 The ‘World’s Leading Tourist Attraction’ award has been given to Titanic Belfast at the World Travel Awards in the Maldives.

With over 1 million votes cast from over 216 countries in the awards, known as the ‘Tourism Oscars’, Titanic Belfast was crowned as the World’s Leading Tourist Attraction. It beat off stiff competition from eight global finalists, including Ferrari World Abu Dhabi, the Las Vegas Strip, USA, Machu Picchu, Peru and Guinness Storehouse, Ireland. It is the first time an attraction from Northern Ireland has won this prestigious accolade.

Tim Husbands MBE, Titanic Belfast’s Chief Executive, said; “Over the past few years, we have continued to go from strength to strength but to be voted the World’s Leading Tourist Attraction by both the industry and the public for excellence in tourism and for our original product, is really the jewel in our crown. We are delighted that this award firmly shines a spotlight not only on RMS Titanic Belfast but Belfast and Northern Ireland, and celebrates our authentic insight and connection to RMS Titanic. The Titanic story captures hearts and minds throughout the world and at Titanic Belfast, this is no exception. Our interpretation of the story and ability to engage with visitors on many different levels has been fundamental in winning this award. Through this award, we hope to attract more tourists to Northern Ireland to discover it. A huge thank you to our staff and all our supporters that voted, locally and across the world, to help us reach this iconic goal of being the World’s Leading Tourist Attraction.”

The public, industry partners, well-known personalities, politicians, sports stars and businesses provided their support to crown the landmark as ‘King of the World’ on par with previous winners including the Taj Mahal, Las Vegas Strip and the Pyramids of Egypt.

Described by The Guardian as “an inspiring testament to the Titanic and the city that built it”, more than three million people from around the world have already visited Titanic Belfast since opening in 2012. For more information, visit www.titanicbelfast.com.