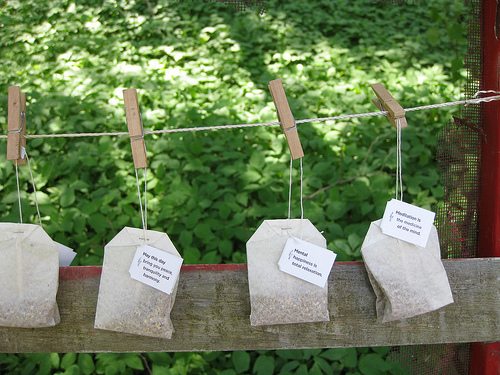 A truly good cuppa: 90% of tea brands have ethical certification

Almost 90% of major tea brands have some kind of ethical certification, according to research by Ethical Consumer magazine.

The figure is much higher compared to 13 years ago, when only 40% certified organic or Fairtrade.

Ethical Consumer editor Rob Harrison said, “The growth of ethical labelling schemes within the tea sector has been phenomenal and represents a major win for ethical shoppers. It’s been shoppers and the development charities who’ve demanded that tea companies improve the ethical credentials of their tea.

“This is how most major consumer markets will look in 10 years; time with a majority of products certified in some way.”

Just less than 50% of brands are labelled as organic, with a third certified as Fairtrade. Meanwhile, 21% are certified by the Rainforest Alliance. The findings are examined in Ethical Consumer’s latest product guide on teas.

Hampstead Tea and Pukka score the highest ratings, being Fairtrade and organic. The UK’s top choices PG Tips, Tetley and Twinings stay at the bottom of the ranking, which also took into account working conditions and environmental impact of the companies.

Despite the positive news however, Ethical Consumer warned that there were still many issues within the industry, especially regarding workers’ pay.

Harrison said, “Although ethical labels are now widespread, there are still problems for workers making many certified products such as tea. In fairness to the labels though, they are aware of the living wage issue and are already making some progress.”

Last August, a survey revealed that people in Britain were more likely to buy organic or Fairtrade products compared to previous years, even if they had to spend a bit more.