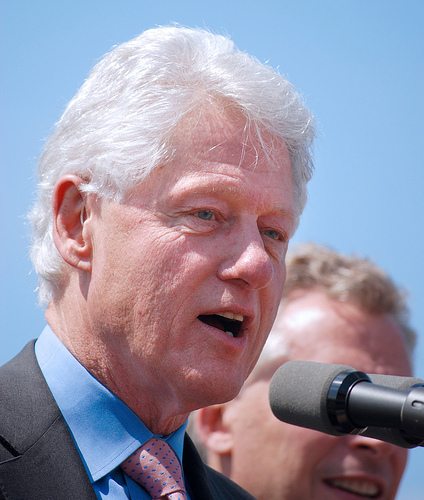 Ireland can become a world leader in philanthropy, according to former US president Bill Clinton.

Speaking to an audience in Dublin at an event hosted by Philanthropy Ireland, the 42nd president of the US urged Ireland’s businesses and wealthy individuals to support the country’s not-for-profit sector in the wake of the financial crisis.

Clinton insisted that such philanthropy was needed in Ireland to fill the gaps that the government, in a time of austerity, would struggle to fill itself.

“I hope to God you will never have to live through another financial crisis like this, but if you did have one even less severe you wouldn’t want people starving in the street or going without basic medical care or mental health services or support for their children,” he said.

“This is a good and noble thing to do. It is in the Irish tradition and you can do something that I would really appreciate.

“You can organise and execute it in a way that would enable other people to learn from you and that’s also really important.”

Philanthropy Ireland is a government supported association of charities that aims to increase “the level of philanthropy in Ireland and to expand the community of engaged donors, who are regular, strategic, long-term contributors to good causes“.

Clinton also gave his support to the One Percent Difference campaign, which is encouraging every business and individual in Ireland to give 1% of their time or income to a charitable cause they care about.

“I think this One Percent thing is a great idea because it can raise a lot of money and it democratises even further”, he said.

He also discussed the changing nature of charitable donations. He said that when he was president almost 13 years ago, the median contribution to a disaster fundraiser would have been up to $500.

At the time of the Asian tsunami in 2004, the median charity donation was $56. This did not mean that total donations were lower, but that the figure had been driven down by the higher number of smaller donations on the internet.

For the 2010 earthquake in Haiti, he said, the median donation had dropped to $26 as many more people donated using their mobile phone.

“You’ve got all this crowdfunding, soon it [the median] will be lower. You are a small enough country that you can organise this,” Clinton added.