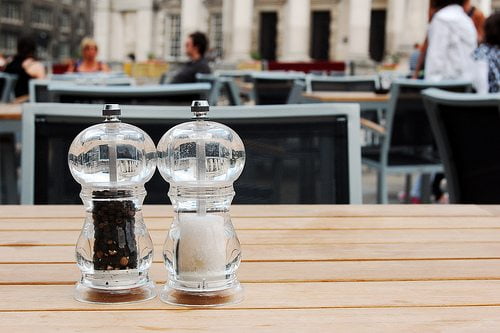 A new study has claimed that children’s diets contain too much salt, with the majority of the intake coming from processed or manufactured foods.

The research, which was published in the journal Hypertension, suggests that 70% of kids are eating much more than the recommended teaspoon of salt a day.

The authors looked at the dietary habits of 340 children in South London and found that 36% of the salt intake in children came from cereals and bread, with 19% from meat products and 11% from dairy products.

Despite efforts by the Department of Health to engage with the food industry on some of the key issues in 2003, which they claim have significantly reduced salt intake, the study says that there is still a particular problem among children and adolescents eating fast food and processed foods.

Prof Graham MacGregor, lead researcher of the study, said, “What we showed was that salt intake is very high in children and particularly in adolescents – that’s largely due to a large amount of break, cereals, cheese snacks and processed meats in their diet.”

He added, “The problem about this is that your blood pressure starts going up early in childhood which is largely due to a large salt intake and if we can get salt intake down we can prevent these people developing high blood pressure which will be much better than treating it later in life.”

There have been calls from within the sustainable and responsible investment industry to recognise and make the most of the growing demand for healthy eating. Last week, the World Health Organisation said that the recommended sugar intake should be cut in half amid fears “normalised” obesity.

Meanwhile Dame Sally Davies, one of the UK’s leading health officials, told MPs that a sugar tax could help address some of the health issues being faced by modern society.