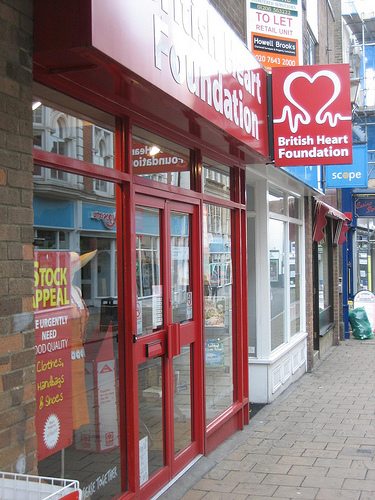 Eight in ten people have used charitable services over the past year, with many Britons saying that charities play an essential or very important role in their lives, a new report has suggested.

A poll commissioned by the Charities Aid Foundation and coordinated by think tank IPPR North, found that half of people surveyed have used charitable services in the last month, by either purchasing at charity shops or attending charitable institutions and events.

Women, over 65 and families with children are among the most likely to use charitable services and finding them essential to their lives. Interestingly, there is not a direct correlation between the income and the use of charities.

John Low, chief executive of the Charities Aid Foundation, said, “Charities are so often the glue that holds communities together and this report shows how they support families in every part of the country and from every walk of life in truly amazing ways.

“The researchers estimate that the work charities do can be worth thousands of pounds a year to households, but for many it is simply priceless.

“It’s all too easy for politicians and others to forget the huge role that charities play in society. We must never take charities, or the millions of people who support them and benefit from their work, for granted.”

Ed Cox, director of IPPR North, added, “Charities can be closer to people than many other government or commercial bodies, with charitable services reaching every aspect of life.”

Charities Aid Foundation, recently called on UK businesses to place charity and philanthropy at the heart of their operations, as this could benefit both their profits and the society.