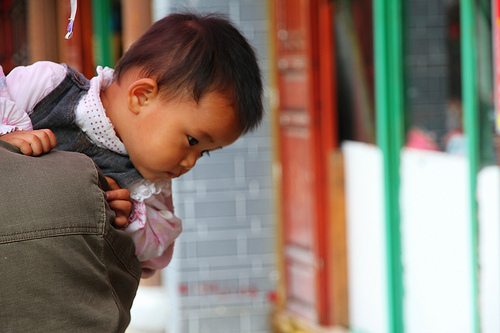 Chinese authorities are considering reversing its one child policy, as its ageing population puts pressure on the country’s pension and healthcare systems.

The policy was introduced in 1971 to tackle the problems of a rising population. It has since then been responsible for an estimated 336m abortions and 222m sterilisations – many of which are forced.

China’s handling and enforcement of the policy is often criticised by campaign groups, who say that “[the] population planning policies in both their nature and implementation constitute human rights violations according to international standards.”

A spokesperson from Care of China’s Orphaned and Abandoned (COCOA) said, “Had the rate of reproduction of the 1970s continued, China would be in a worse mess than it is today. The result however, is that children are being bought and sold as a commodity.”

The expected measures will mean that an adult who is an only child will be allowed to have more than one child.

The International Monetary Fund (IMF) recently warned of a depletion of surplus labour in China, which it identifies as having a key role in the control of inflation rates.

It warned, “Working age population will reach a historical peak, and then begin a precipitous decline”,  leaving the authorities to foot the bill for an ageing population.

Many predict the planet is on track to reach a global population of 10 billion by the end of the century. Stephen Emmott, professor of computational research at the University of Oxford writes in his book Ten Billion that our “entire global ecosystems are not only capable of suffering a catastrophic tipping point, but are already approaching such a transition.”

Investing in the future we want for our children and grandchildren