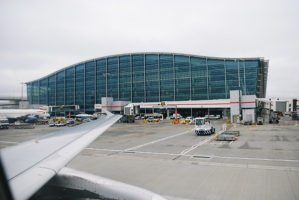 “When making the decision on Heathrow the government has a moral and legal duty to protect people’s health and ensure they have the right to breathe clean air. It shouldn’t base its decision on optimistic modelling at best and a naive view of the car industry that has proven time and time again it can’t be trusted to bring levels of air pollution down.”

The government’s own report recently showed that diesel cars are emitting on average six times the legal limits when tested on the roads.

“The government’s own report recently showed that diesel cars are emitting on average six times the legal limits when tested on the roads. They have even admitted one of the reasons we have toxic air is because car makers have failed to meet legal emissions limits.”

“Last year the UK Supreme Court ordered the government to draw up new plans that would bring air pollution in London within legal limits as soon as possible. Even without expansion, the area around Heathrow will continue to be in breach of legal pollution limits until at least 2025. Air pollution around the airport needs to be cut drastically before we can think about expansion.”