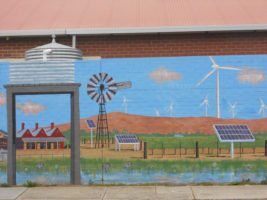 The 70 best performing companies, out of 800 indexed, have been ranked in the Emerging Market 70 Ranking by Vigeo Eiris. The index looks at companies across 31 emerging economies.

This ranking is based on the analysis of companies, using the Equitics* methodology, which was developed in 2004 by Vigeo (now Vigeo Eiris since 2015).

The 70 selected companies are listed in 15 countries, belong to 29 sectors and employ more than 2 million people. Their global scores are the highest of their universe in the fields of human rights, decent employment practices, environmental protection, corporate governance, business ethics and contributions to social and economic development in areas where they operate.

This Emerging 70 ranking replaces the Euronext Vigeo Emerging 70 index that was launched on June 22nd, 2015.

This new ranking allows us to highlight an advanced selected of issuers from emerging markets, independently from the volatility of their affiliation to frontier zones defined by the major index providers.

The composition of this ranking is available here and on Vigeo’s website. It will be updated every six months.

Vigeo’s assessment model rates each company on nearly 330 indicators. No sectors are excluded per se. However, following a decision by Vigeo Eiris, companies that are the subject of controversy on critical issues involving social responsibility and that do not supply comprehensive public information on corrective measures taken or discussions they may have entered into with stakeholders regarding such controversies, are excluded.