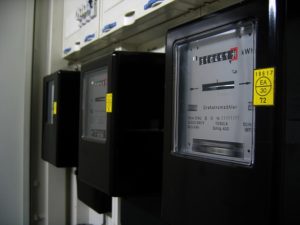 SavvyWoman.co.uk, the UK’s leading money website for women, has found that customers are being charged to get their gas or electricity meter checked. Depending on their provider, customers who think their meter is faulty could be paying a hefty price to get it checked out. SavvyWoman.co.uk reported that the highest fee for a meter check is £140.

SavvyWoman.co.uk contacted eight of the UK’s top energy firms and found that some charge for meter testing upfront and will only refund the cost if the meter is faulty, others don’t charge for one of their engineers to test a meter, but do charge if the meter needs to be tested by an independent expert and isn’t faulty and some don’t charge anything if a meter needs to be tested. None of the major energy companies have any special rates or arrangements for vulnerable customers or those on a low income.

Sarah Pennells, founder of SavvyWoman.co.uk, said: “Energy companies have a duty to make sure people only pay for energy they are using. If someone is worried that their meter is faulty, they shouldn’t be put off contacting the company because of the cost of getting it tested.”

“Energy companies should not be profiting from customers who want to check that their meter is accurate. I would like to see the regulator, Ofgem, set a maximum level for meter testing charges and to force companies to make it clear that customers will only pay this charge if in-house meter testing doesn’t resolve the issue. At the moment this isn’t always made clear when a customer rings the call centre.”

Sarah Pennells, founder of SavvyWoman.co.uk, is also calling on Ofgem to force energy suppliers to bring in special rates for vulnerable customers. She said: “I cannot believe that the prospect of paying an upfront charge of £100 or more won’t put some vulnerable customers off getting their meter tested. There should be a reduced rate for pensioners and other low income customers who receive certain benefits.”

Maria Wardrobe, from National Energy Action, said: “We agree there should be a cap on what energy firms charge for meter tests, such charges could pose a major deterrent to customers requesting a check, particularly those who are already struggling to pay their bills. Hopefully with the roll-out of smart meters customers will better understand their energy usage and suppliers should be able to recognise abnormal usage patterns that could suggest there is a fault with the meter.”

Sarah Pennells has passed the research onto Ofgem. A spokesperson from Ofgem said: “Ofgem’s rules state that suppliers must take into account a customer’s ability to pay and whether it would be fair to impose charges and the timing of refunds due to a customer.”