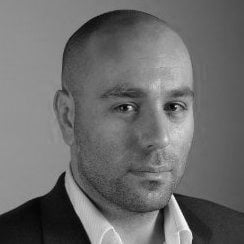 Prior to The People’s Operator (TPO), Mark co-founded and ran Mass1 Limited, which he built into a leading UK campaign agency, working with organisations including Channel 4, and charities such as Disasters Emergency Committee. Before starting Mass1, Mark held senior management positions in the mobile and creative industries. Today he talks to Blue & Green about TPO.

In 140 characters or less – what is The People’s Operator?

TPO is a cause-based MVNO* offering great deals and great service while giving 10% of your bill to the cause you love. (*mobile virtual network operator)

What was the driver for creating The People’s Operator – what gap did it fill?

The idea for TPO came from three friends – myself, Tom Gutteridge and Andrew Rosenfeld – each with experience working with cause organisations. Together we recognised an opportunity to use business as a force for good – starting with something as everyday as using your mobile phone. In 2012, TPO was launched in the UK to help kick-start a steady flow of funds to good causes by tapping into the power of mobile.

Customers with TPO not only get the best deals, high quality mobile service and great customer service – they can also direct 10% of their monthly mobile spend to the cause of their choice, at no extra cost to them. In addition, we give 25% of our profits to charity as well through the TPO Foundation.

TPO serves a wide range of people who want great deals on their mobile plans while getting great service. Our cause-based proposition, however, makes TPO a good fit for anyone who supports causes, big or small, and is looking to make a difference with every purchase they make. We’re seeing that there’s been a lot of interest in our service too – in September, we announced that we’d reached 50,000 customers in the UK; and earlier this year we launched in the US and have been seeing strong interest in just the first few months since we launched.

What difference does The People’s Operator want to make?

Our goal is to raise millions for good causes! We believe we can do this through both our mobile phone service and through the TPO Community – a social platform that brings like-minded people together in their support for causes. We currently have more than 80 causes participating on the TPO Community at www.tpo.com and enable them to collect donations on the community without any commissions or subscription fees as well.

Actually, both causes and our customers are very supportive of the business model and really understand the idea of giving 10% of their monthly bill to the cause of their choice. Initially, we had some feedback from customers who thought the proposition was too good to be true, so assumed it meant our plans would be more expensive.

But actually, our prices are competitive and in line with the market – that’s important to us. We do this by cutting out expensive advertising – no TV ads or billboards. Instead of spending your money on advertising, we give to the cause you love and just ask that you help spread the word by telling your friends about us!

Our cause partners also play an important role in supporting TPO and communicating the value of the offer – they understand that the more people we’re bringing on board to TPO, the more funds are directed back to them. We’ve been fortunate to partner with great causes that have helped spread the word about TPO such as The Trussell Trust, Emerge Poverty Free and Leicester City Foxes Foundation.

Is the mobile sector fit-for-purpose for causes, innovators and entrepreneurs?

The mobile sector is definitely a competitive one, but it’s also an environment that is changing quickly. It’s not for everyone and you need to be sure you have a strong sense of how you’ll build scale and stand out from the competition if you want to have lasting power. Especially as an MVNO, you need to have that scale in order to be able to provide competitive offerings to your customers.

With TPO, we said from the start that we didn’t expect to take over the market, but we do want to appeal to a wide audience of people who are looking for a great mobile service while also giving back. It’s why we’ve said that customers can nominate any cause of their choice.

If we gave you the power to effect on change in law to support causes and charities – what would it be?

We’d love to see more pressure placed on credit services and banks to help reduce the costs of fundraising. Currently, every time you make a donation to a cause (whether that’s through TPO or through another fundraising platform) there is a bank fee that’s deducted from the donation – and that means that there’s less being directed to the front lines.

It’s probably why some causes are more focused on ‘big gift’ donations for their fundraising efforts rather than online fundraising or micro-giving. At TPO, we definitely see the potential for micro-giving; and how a bit of small change can add up to a big difference. But to make that stretch further, we need to bring more institutions on board to allow breaks for causes when it comes to bank fees and credit card charges.

On the TPO Community, for example, we don’t charge commissions on the donations made through the community, but there are still bank charges – a transactional cost we can’t get around – which we hope to be able to reduce as we continue to build the scale of the community.

How can people – individuals and organisations – find out more about The People’s Operator?

You can head to www.thepeoplesoperator.com to find out more about our range of mobile plans and how you can nominate the cause of your choice. And, whether or not you’re a mobile customer, you can also join the TPO Community at www.tpo.com.