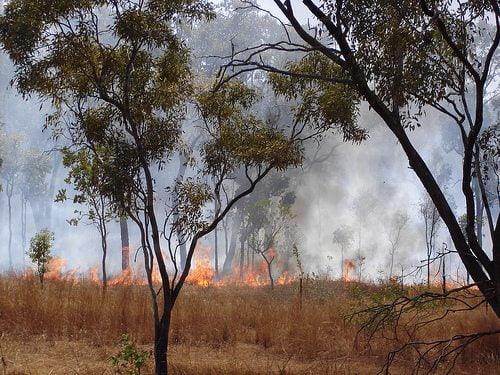 Australian environment minister Greg Hunt has said that the country has a long history of bushfires, and brushed off claims that the recent outbreak is linked to climate change. He made his comments after “[looking] up what Wikipedia says”.

Blazes are currently causing major disruption in the New South Wales, with the issue of bushfires now a big political topic in Australia.

Speaking to the BBC’s Newshour programme, Hunt said that the bushfires were being politicised by the Greens and that the event was not linked to climate change.

He said, “I looked up what Wikipedia says for example, just to see what the rest of the world thought, and it opens up with the fact that bushfires in Australia are frequently occurring events during the hotter months of the year. Large areas of land are ravaged every year by bushfires. That’s the Australian experience.”

According to the Sydney Morning Herald, Wikipedia had to disable the editing of Hunt’s page following the interview because of vandalism.

Earlier this week, UN climate chief Christiana Figueres argued that the link between climate change and bushfires was well established.

Australian PM Tony Abbott replied that she was “talking through her hat” and that Australia had been experiencing bushfires for centuries.

Hunt added, “Nobody in my view should be politicising the science”. Radio presenter Razia Iqbal noted that a few years ago, Abbott defined climate science “absolute crap”, but the environment minister replied, saying that the government supports the science, despite the fact it is expected to dismantle Australia’s climate policies.

Commenting on the debate, Australian-based blogger Graham Readfearn noted on the Guardian that Abbott has denied 25 years of scientific work linking rising temperatures and likelihood of bushfires, as well as the evidence that Australia experienced record heatwaves over the summer and that these are expected to increase.

Former US vice-president Al Gore said that Abbott’s claims reminded him of the American politicians who were supported by tobacco companies, and who denied the negative effects of smoking cigarettes.

“The science shows clearly that when the temperature goes up and when the vegetation and soils dry out, then wildfires become more pervasive and more dangerous”, he said.