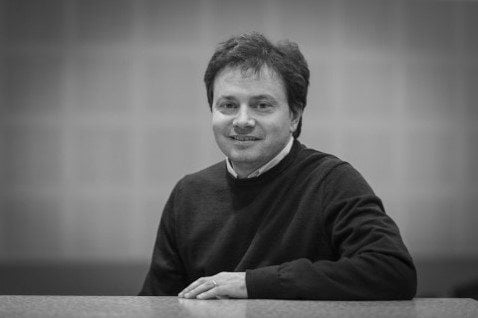 Slow Food is an international movement promoted as an alternative to fast food, it strives to preserve traditional and regional cuisine and encourages farming of plants, seeds and livestock characteristic of the local ecosystem. It was the first established part of the broader Slow Movement. The movement has since expanded globally to over 100,000 members in 150 countries. We speak to Nino Pascale, President of Slow Food Italy.

Slow Food is a global grassroots organization that envisions a world in which all people can access and enjoy food that is good for them; good for those who grow it and good for the planet.

What drove you to set it up – what gap did it fill?

Slow Food was founded in 1989 to counter the rise of junk food, fast food and globalized standardization, the disappearance of local food traditions and to encourage people to be aware about the food they eat, where it comes from, how it tastes and how our food choices affect the rest of the world. In a world dominated by industrial production, Slow Food network represents positive globalization and gives a voice to those who refuse to surrender to an industrial approach to agriculture and the standardization of food cultures.

Since Slow Food was founded, the importance of protecting and supporting small-scale producers has become increasingly clear. The Terra Madre network was launched in 2004 to give them voice and visibility, to raise awareness of the true value of their work, and provide them with the tools needed to be able to work in better conditions. Today, small-scale producers united in a worldwide network of 2,500 food communities together declare that food production must be in a harmonious relationship with the environment and affirm the cultural and scientific dignity of traditional practices.

What difference do you want it to make?

One of the cornerstones of the Slow Food philosophy is the need to adopt a holistic approach to agricultural production and the food world in general. Goals such as the protection of biodiversity and the environment, the fight against climate change, the development of local economies and small-scale production, but also of local knowledge, dialects and arts, should be interpreted as pieces in a single mosaic and not as separate, disconnected from one another.

In this framework, Slow Food works to protect food biodiversity and to create a more sustainable food system by launching projects and campaigns, organizing events, raising awareness about the downsides of our current food system, and by proposing better consumption and production models.

The prevailing food model is standardized, supported by a system (of production, distribution and communication) that proposes the consumption of products disconnected from any cultural and geographical production context.

Today, the agrifood system forces people all over the world to comply with only one way of consuming and producing food. This is basically the result of an idea of the global market, of the control of nature, of the pursuit of efficiency, of scale production and consumption that shows no regard whatsoever for the social and environmental costs this involves. The idea is rooted in the belief that local agriculture has to serve the global market.

Communities are running the risk of losing their traditions and their resources. Slow Food believes it is vital to acknowledge ethno-diversity and the values behind it so that it becomes an important, democratic cultural strategy for a rethink of consumption and food production practices.

The “building blocks” of the association are autonomous local groups known as convivia (local groups), which cultivate the appreciation of pleasure and quality in daily life by gathering regularly to share the pleasure and conviviality of meals of local food, building relationships with producers, campaigning to protect traditional foods, organizing tastings and seminars, encouraging chefs to use local foods, choosing producers to participate in international events and promoting taste education in schools.

Slow Food network’s activities are very important to the movement because they bring its philosophy to life. Besides, Slow Food can achieve positive results also thanks to the collaboration with other organizations, as the European Union, IFAD and FAO.

Is food industry action commensurate with the food challenges we face?

No, it isn’t. The present food system has snapped the link between producers and consumers. This provokes serious consequences, such as a decreased sense of mutual responsibility, the erosion of an important baggage of knowledge and the impossibility for consumers to access information. “Food value” has been supplanted by “food price”.

In a cultural model of this kind, in which the only benchmark criterion is product price, agroindustry, the only sector that can supply large quantities of cheap food, has asserted itself. The current system contributes to the reproduction of social inequality and undermines food security, for instance by allowing the west to cheaply buy resources like soya and corn from the global south to feed its intensive animal farms.

The cultivation of these crops often leaves local populations without food, and results in the creation of so-called food deserts that deny lower income areas good food. As the food system continues to be driven by economic interest, it results in many paradoxes. For example, due to the unequal distribution of the world’s food, 1 billion people who go hungry while one third of the amount produced worldwide is lost due to wasteful gastronomic and consumer habits in industrialized countries.

How can people – individuals and organisations – support you?

People can join Slow Food by becoming a member: they will be a part of an international network of like-minded individuals all working towards common goals. Slow Food Members help support our projects and can play as active a role as they wish, since volunteers fuel the Slow Food movement (from organizing event and campaigns, to taking part in local, national and international activities).

People can also make donations in order to preserve threatened foods and biodiversity, to empower food communities and to fund food educational projects, school gardens and other initiatives. Moreover people can nominate an endangered food for the ark of taste. In general our collective choices can influence how food is cultivated and produced, so consumers should start to buy whole ingredients, as well as local and seasonal food, trying to avoid processed stuff with long ingredient lists, grow some of their own food and learn how to read labels in order to know where their food comes from and how it was produced.