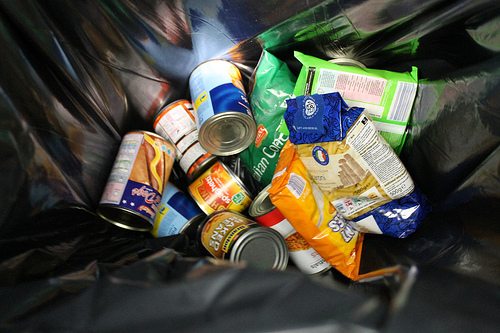 More than 20m meals were given to those in desperate need last year in the UK, a report by the Trussell Trust, Church Action on Poverty and Oxfam has found.

These figures only add fuel to Oxfam’s inequality claims with a World Cup-themed wallchart released on Wednesday showing the gaps between the rich and poor in countries around the world.

Oxfam’s Ricardo Fuentes-Nieva said in a press release, “In our World Cup, England pay the penalty for successive governments’ failure to tackle the growing gap between rich and poor. We live in a country where the richest 10% earn more than the bottom 40% and five families between them own more than 12 million people.”

The Trussell Trust is a Christian charity that runs a network of over 400 food banks in the UK. These food banks provide emergency food parcels to those in crisis and people can only gain access to food through care professional referrals.

In April this year, the charity faced accusations from the Mail on Sunday about its procedures, but was given many donations from people angry about the “riduclous and hateful” article as a result.

This latest report said some of the reasons for the continued increase in the need for food banks are the increasing prices of food, housing costs, low wages and changes in the benefit system.

“Trussell Trust, the largest food bank network in the UK, estimates that 49% of people referred to food banks are there due to problems with social security payments or because they have been refused a crisis loan”, it added.

However this is widely disputed, and in May 2014 Conservative MP Esther McVey was quoted as saying there was “no robust evidence linking food bank usage to welfare reform”, despite charity figures suggesting otherwise.

A food bank in Lincoln said it has seen a huge increase in demand over the last 12 months. Co-ordinator Bethan Lloyd said lots of people use them for different reasons.

“We meet people for a wide range of reasons from unemployment, sickness and debt to delayed wages, benefit delays and low income”, she added.

“We meet others who feel broken; that their circumstances are too heavy to bear.”

Lloyd said about the rise in usage, “We have seen a continued steady rise in our referrals so far in 2014, and there doesn’t appear to be any sign of it slowing down.”

This group launched an inquiry into hunger and food poverty in April 2014 and the report arising from this will be published in the autumn of 2014.