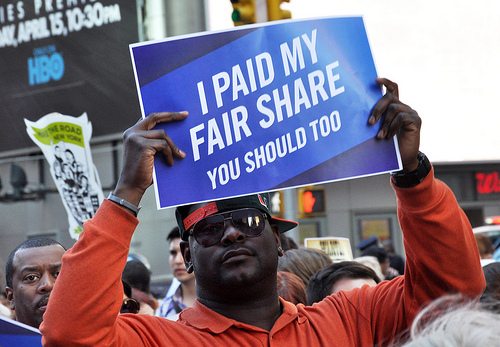 Free and fair markets, accountable and representative democracy, sustainable economics and the rule of law, all underpin successful societies. We have drifted very far from these ideals in the disUnited Kingdom.

Is it too much to ask that a Conservative government would stand for free and fair markets (and conservation)? Why do the LibDems not stand effectively for a functioning democracy as central to the national debate? An economic system that genuinely balances the needs of the people, our planet and everyone’s prosperity should be what Labour’s stands for, shouldn’t it?

Our markets are currently far from free and fair. Monopolies and oligopolies dominate, with the media, legislation and regulators favouring the largest, most destructive, least contributory incumbents. Competition is almost dead in all but the least economically significant sectors.

Our markets are also unfair. Exploitation of people and the environment is the name of the game, rather than conservation, collaboration and mutual benefit. ‘Can I beat you’, is the law of the jungle, not of a civilised or functional society.

The Conservatives have tragically become the party of big industrial monopolists (conflating capital for real Conservative values), not free markets, enterprise, entrepreneurship, innovation and err… conservation. Adam Smith, Edmund Burke and Margaret Thatcher will be spinning in their graves.

Our democracy is utterly dysfunctional. Our politicians do not represent ‘the people’ in background, age, income, wealth, gender, sexuality, faith or ethnicity. The largest or second largest party at every election is now ‘none of the above’. The system is broken, not the electorate.

The LibDems claim that their manifest failure to make progress on democratic reform is that people aren’t interested (this is the Democrats bit of their party). But the failure of a debater to make a compelling argument doesn’t mean the point is wrong, just the person making the point and their means of disseminating it. Lloyd George would hang his head in shame.

Had the LibDems not broken their promise on tuition fees, they would have had a huge student army to mobilise at the electoral reform referendum. Young voters, voting for the very first time, to change our electoral system, forever, would have been a huge boost for a stagnant democracy. It may have been a mistake to make the pledge, but to break it once made was treacherous.

Sustainability is simply common sense. To use resources in a way, which makes subsequent generations suffer for our complacency and greed is reckless and immoral. It’s also inefficient and value destroying. You really have to be apathetic about your profit and offspring to work, live and invest unsustainably.

Labour’s failure to be a working people’s party (i.e. Labour), and a party that promotes sustainable over neoliberal economics, is the greatest symbol of the success of an opportunistic Blair project and the failure of progressive politics in the UK. Enlightened thinkers everywhere will despair.

The rule of law, provides the greatest solace for the wealthiest and sanctuary for those committing white collar crimes. Wreck the global economy and profit from the wrecking, but woe betide you if you steal a bottle of water during a riot.  The cost of burglary in 2012 was £415m. White collar crime costs £73 billion. If you look at the socio-economic background of prisoners you won’t find many white collar prisoners.

£3.4 billion is estimated to be claimed on benefits fraudulently. This is wrong, but… £1.3 billion in benefits was underpaid. £16 billion was unclaimed as benefits. Conversely, there is £70 billion of tax evasion, £25 billion tax avoidance and £25 billion of unpaid tax. Who are the real law breakers?

We are not anti-market, and we are certainly not anti-wealth creation or even anti-wealth, nor are we against any political party. We are not tree huggers but air breathers. But every action, political, legal, economic, social and technological, must be judged on how sustainable it is.

And here’s the rub. Justifiable anger that should be focused on failed markets, failed politicians, failed economics and failed law, is instead deflected and directed at the poor, immigrants and foreigners (mainly Europe).

It is always easiest to attack those without a voice. This has been the strategy of dictators, despots, tyrants and the corrupt since ancient times.

We have to be better and more responsible than this.

We need free and fair markets, monitored by an accountable and representative democracy, using sustainable economics and applying the rule of law equally. We needed it yesterday or, at worst, we need it tomorrow.