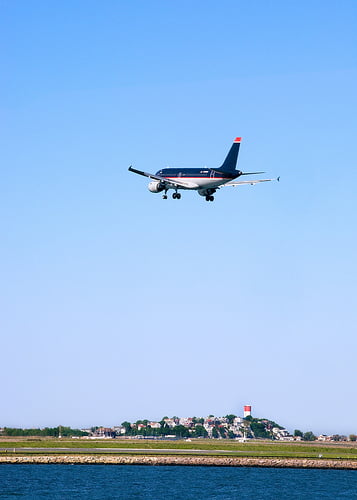 The government has launched the aviation policy framework – a document that aims to strengthen the industry by tackling its environmental footprint.

The framework looks at ways to support aviation, which represents £18 billion of the UK’s economy and has been highlighted as a big driver of growth.

“This document strikes the right balance between allowing the aviation industry to thrive while minimising impacts on the environment and local communities”, said transport secretary Patrick McLoughlin.

However, environmental groups have reacted sceptically to the policy.

“The aviation industry is the fastest growing source of greenhouse gas emissions, yet this new framework seems to think you can ‘wish away’ the climate change impact of aviation and expect someone else to clean up the mess, at a global or EU level”, said Jean Leston, senior transport policy adviser at WWF-UK.

“It’s clear that the government wants aviation expansion at any price. The government has cooked up policy-based evidence rather than evidence-based policy.”

The aviation industry approved the use of biofuels in 2011 as one of the most effective ways to reduce its carbon footprint.

Despite this, a number of reports have highlighted the potential negative side-effects of a widespread adoption of biofuels.

Deforestation to provide room for plantations, effects on water and land resources and harmful impacts on global food production are among the greatest risks that the world could face if biofuel production goes out of control.

The American Natural Resources Defence Council action group recently developed a survey to investigate whether airlines that have switched to biofuel have taken all the steps in order to ensure the sustainability of their new fuel source.