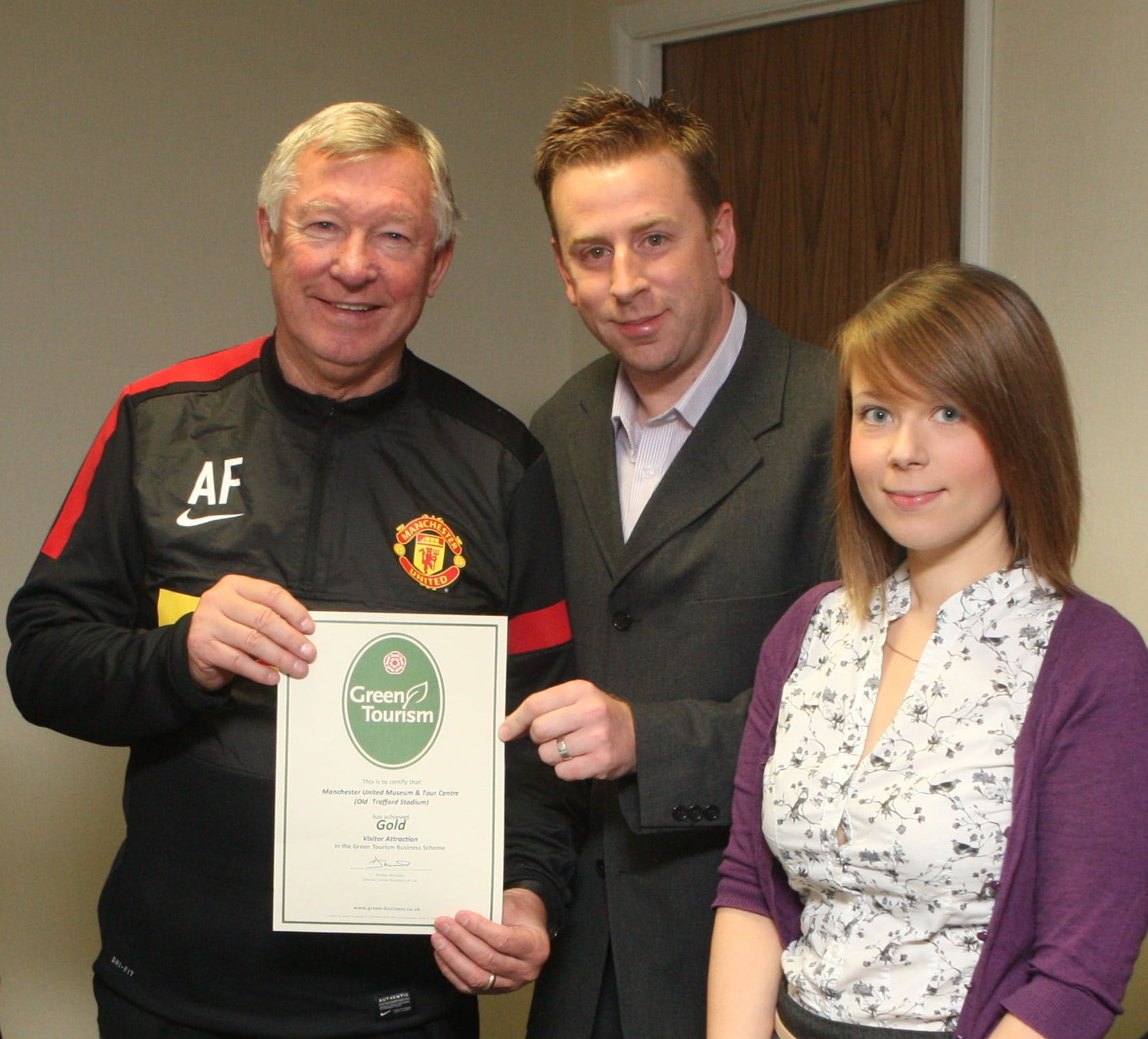 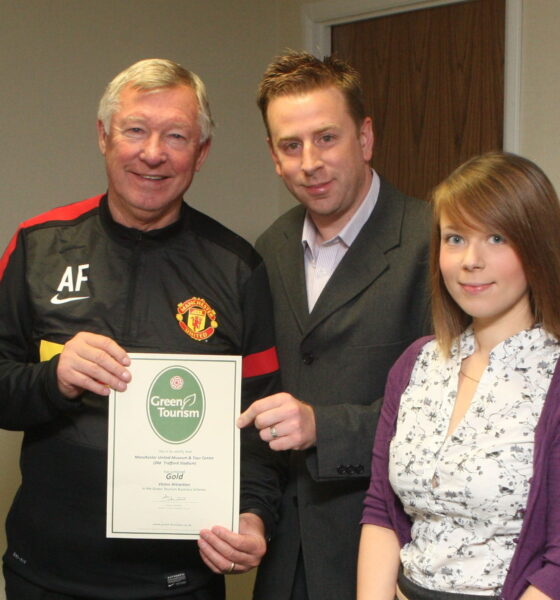 The Manchester United Museum and Tour has been awarded a gold standard by the Green Tourism Business Scheme – a national certification programme that aims at recognising sustainable businesses.

The club’s Old Trafford home becomes the first football stadium to be presented with the prestigious title – further proof that United’s supremacy stretches way beyond the field of play.

And this award comes after it became the first football club in England to be granted the international Environmental Management System standard, ISO14001, in February, in recognition of its continued good work in the environmental sector.

“The whole of Manchester United is very dedicated and proud of its sustainability policies”, said the club’s director of venue, Karl Evans.

“The Museum and Tour is an extremely popular tourist destination, welcoming over 340,000 visitors last year alone.

“To be the first football venue to receive this award is a great achievement and the fact that we achieved gold, the highest level available, demonstrates the club’s level of commitment to the environment.”

Former Manchester United defender, Gary Neville, is the club’s environmental ambassador, and is one of very few sports stars to have actively and publicly encouraged sustainable lifestyles.

His testimonial match last year used wind turbines to generate its electricity, in collaboration with Ecotricity. The firm’s founder, Dale Vince, then join forces with Neville to set up Sustainability in Sport – a project that aims to encourage sports teams to opt for greener business practices.

The Green Tourism Business Scheme has been running since 1997 and boasts over 2,000 members across the UK and Ireland. It assesses the sustainability of businesses – measuring such things as their energy usage, water efficiency and waste management.

It then hands out gold, silver and bronze standards to the ones that pass the programme.

It also hosts an annual awards ceremony, called the Green Tourism Business Scheme Awards, each May. Eight of the UK’s most sustainable tourist destinations were honoured at this year’s event, including the Scottish Exhibition & Conference Centre in Glasgow and Deepdale Backpackers Hostel in Norfolk.