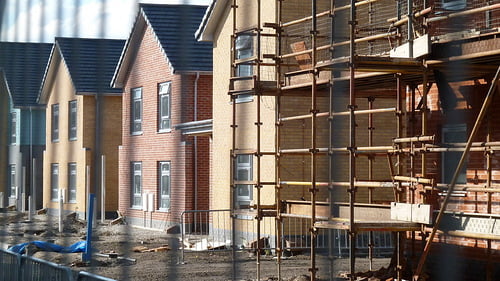 Planning minister Nick Boles has suggested that we need to increase the percentage of land under development in the UK by up to 33% over the next 20 years. This is a wrong-headed suggestion based on misinformation, creating an unsustainable future.

“In the UK, about 9% of land is developed in any way”, Boles said today.

This is a simplistic analysis that might prove the minister’s basic maths skills but ignores four key pieces of essential information. To put this into context, the suggestion is for another 1,500 square miles of development, which is larger than the size of Cornwall.

Firstly, property developers are sitting on a bank of 400,000 plots with planning permission in England and Wales. In the 12 months to September 2012, 98,020 houses were built, meaning there is at least four years worth of property development stock.

The real motivation for building on greenfield sites is easier builds, higher prices and higher profits for property developers. Boles described people who were anti-development as “selfish” and accused them of ignoring the housing needs of their children and grandchildren. What is “selfish” is cutting affordable housing budgets and relying solely on the private sector to build the necessary properties in the right places to solve our housing crisis.

Secondly, there are over 700,000 empty properties in England alone and over 900,000 across the UK. This suggests that one of the problems is not the number of houses but the distribution of ownership.

Thirdly, banks are not lending to first-time buyers, meaning shortage of turnover in the property market. Data from Moneyfacts in September 2012 showed that there were 986 95% mortgage deals in September 2007, dropping to nine in 2009 and rising to only 69 now.

As the Homeowners Alliance also reported in September, “Since 1990 the average deposit required to buy a home has increased from £6,793 to £65,924. This breathtaking rise has been during a period when average incomes have only increased by two and a half times.”

Finally and most importantly, is the long-term environmental effect of such an unnecessary policy. Once greenfield land is developed it is gone for good. Greenfield development is unsustainable as it increases the burden on rural public services, the number of cars on roads and the destruction of natural habitat. High density urban living with efficient mass transit systems is the most sustainable form of residential development. We should encourage this development over cutting down woodlands and concreting over fields.

What is most “selfish” and ignores the housing needs of children and grandchildren is unsustainable development, the erosion of the greenbelt and policies that reduce young people’s ability to buy or rent affordable property.