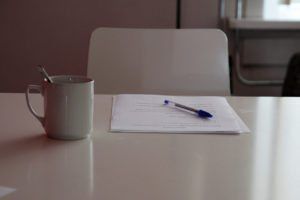 The Resolution Foundation responded to the most recent ONS figures by stating zero hours contracts have gone beyond the student job market, with half of the increase attributed to workers aged 25 and over.

The figures also reveal that the number of people on zero hours contracts has risen by a fifth (21 per cent) over the last year to hit 903,000, indicating that the jobs recovery has not led to the retreat of insecure work as some had hoped.

While certain groups of workers such as students might value the flexibility afforded by a contract with no set hours, half (49 per cent) of the growth in ZHCs was among people aged 25-64, raising concerns about how a group who may well have dependents can manage their household budget without a reliable source of income. Just one in five (20 per cent) of those on a zero hours contract are in full time education.

The Foundation’s analysis shows that the popularity of ZHCs has varied across the UK. In London, the West Midlands and Wales the number of people on ZHCs have stayed flat or fallen. But in other regions and countries, such as Yorkshire & Humberside and Scotland, there have been large percentage increases.

While some of the rise in ZHCs is likely to be due to increased awareness among workers of their contractual status, the Foundation says that it also represents part of the growth in new modes of employment seen since the crash.

The Foundation argues that an outright ban would penalise workers who like the flexibility provided by a ZHC, as well as those employers facing highly variable demand. However, more protections are needed for workers who have been on a ZHC for over a year and work regular hours but lack the rights afforded to them by an employee contract.

The Prime Minister drew attention to the problem of insecure work in her first speech in office, saying: “If you’re from an ordinary working class family, life is much harder than many people in Westminster realise.”

You have a job but you don’t always have job security.

“Despite the welcome jobs recovery, the number of people on zero hours contracts continues to rise, suggesting that they will remain a controversial landmark of the employment landscape for some time. It is concerning that much of the growth is among older workers, some of whom might struggle to balance their family budget if their income varies as a result of having no guaranteed hours.

“The Prime Minister could deliver on her powerful maiden speech critique of insecurity in the workplace by protecting the workers who get stuck on zero hours contracts long-term when they would prefer a fixed-hours contract.

“Banning zero hours contracts is not the answer, as it punishes workers who genuinely prefer the flexibility they offer. But the part they play in the wider issue of insecure working suggests that they need far closer, and more measured, scrutiny.”