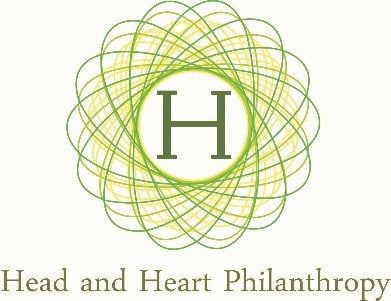 The annual convening on Martha’s Vineyard focused on Black Philanthropy, State of Black Children, Importance of HBCUs, and the Power of Innovation, and some of the nation’s most progressive thinkers, executives, thought leaders and social entrepreneurs took center stage for three days on Martha’s Vineyard.

Keith Mestrich, president & CEO of Amalgamated Bank, said, “Christal Jackson once again delivered. The summit was an amazing and thought-provoking exchange of ideas that will propel a vision of progressive philanthropy. One of the most stimulating exchanges of ideas of the year.” This was the sentiment of many of the attendees at this year’s annual summit.

For the past four years, philanthropists, thought leaders, nonprofit practitioners, executives and legislators have convened on Martha’s Vineyard to discuss and collaborate for greater impact around some stubborn issues facing communities of color. “This year our country has grappled with some really complicated issues that have negatively impacted communities of color, and I knew that in order to see systemic impact, we had to call on allies to join us at the table,” said Christal M. Jackson, the founder and curator of the Head and Heart Philanthropy Summit. This impressive group of leaders and influencers left inspired and deeply committed to collaboration.

Philanthropy on the Vineyard opened at Lola’s Restaurant with a conversation with President Wayne A. I. Frederick and Princeton Professor Imani Perry about the relevancy of HBCUs. Frederick reminded us, “We don’t support our institutions in the way that we should.” This theme of the importance of philanthropy resonated throughout the entire summit. Rashad Robinson provided an update addressing issues around the intersection of media and social justice. During the conversation, Robinson stated, “America must be a place where we can live safely.”

The summit featured a variety of sessions including: The Power of the Black Collective, State of Black Children & Solutions for Success, The Power and Progress of Venture Philanthropy, The Role of Shared Economies in Communities of Color, and a Social Innovation Lab. “I found my time at the Philanthropy on the Vineyard Summit one of the most thought-provoking events I’ve been involved in as of late. The intimate setting allowed for real and practical discussions. The mix of nonprofits of all types, universities, government representatives, and corporates allowed us to consider the issues across the entire spectrum from broader social issues to the needs of individuals from early childhood to adulthood. And the collective feel of the event helped create a community of impressive, talented, and passionate people who want to tackle these issues, ideally together, on an ongoing basis,” stated Patsy Doerr-Global, head of Diversity and Inclusion.

The summit also included a private screening of He Named Me Malala, a documentary directed by Davis Guggenheim. The film is about activist Malala Yousafzai, who was targeted by Taliban gunmen for advocating for girls’ education in her region of Swat Valley in Pakistan. She was shot in the head and left wounded.

“This year’s Head and Heart Philanthropy Summit was engaging and inspiring. From the amazing speakers to the spectacular setting, the summit is a must for any professional serious about the future of social impact,” commented Nneka Norville, Corporate and Social Responsibility – BET Networks.

Head and Heart Philanthropy was founded to connect philanthropists, leaders, entrepreneurs and nonprofit professionals. The organization’s goal is to address issues impacting communities of color nationally and internationally. “The level of conversation and caliber of leadership at the Head and Heart Philanthropy Summit allowed for authentic capacity building and real-time collaboration. Where else do you get such a cross-section of African-American leaders who are committed to social innovation and impact investment? Change happens when you put university presidents, legislators, big banks and foundations, venture capitalists and grassroots organizers in same room on a beautiful island for three days. We grappled with real data; we were moved by inspiring ideas and asked one another difficult questions. I can¹t wait to return next year,” said, T. Morgan Dixon co-founder of Girl Trek.