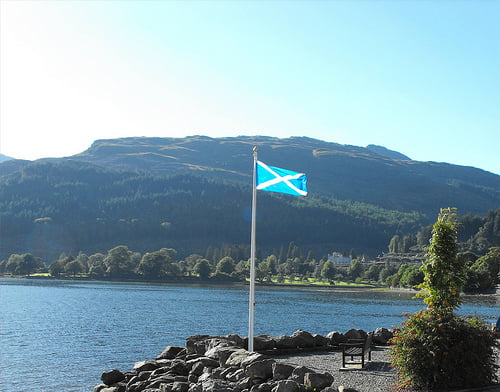 Scotland is set to become the UK’s leading location for attracting renewable energy investment, with an £8 billion injection into the sector expected within the next five to six years.

The projected figures – equivalent to £4.5m per day – come after 2011-12 statistics compiled by the Department for Energy and Climate Change (DECC) revealed that £1.7 billion of new renewable energy projects were completed north of the border, creating an impressive 4,411 jobs.

However, the figures for all new renewables projects in the pipeline showed that Scotland is likely to storm ahead of other UK locations, with up to £8bn of investments expected and the creation of a further 3313 jobs.

The latest news suggests that the nation will head the DECC investment league table for years to come.

One key project included in the £8bn investment are the plans by Gamesa to invest up to £121m in developing a new offshore wind hub at Edinburgh’s port of Leith. The plant is to be assembled by mid-2013 in partnership with Forth Ports, creating over 800 jobs and helping stimulate growth of the renewables industry in the local area.

The investment will re-industrialise and redefine a place characterised by the effects of twentieth century economic decline and resulting structural unemployment.

It is a project representative of the Scottish government’s drive to create both an environmentally and economically sustainable future for Scotland.

Indeed, the extra £8bn of investments in the pipeline is a matter of more than just a country which has an abundance of renewable energy sources – 25% of Europe’s offshore wind, 25% of its tidal and 10% of its wave power – but resultant of a government under SNP power committed to promoting Scotland as a global renewable energy centre.

John Wilson, the deputy head of Holyrood’s energy committee, stressed that the latest figures highlight the attraction of Scotland for renewables investment. He said, “The fact that the Scottish government had continued with its policies of promoting renewable energy has provided the industry with confidence.

Indeed, the SNP administration marked its commitment towards renewables last year in record-breaking fashion when, in the overall aim to generate the equivalent of 100% gross electricity consumption from renewable energy by 2020, it exceeded the 2011 interim target of 31%.

If the £8 billion investment target is met and exceeded because of this same political motivation, it would dwarf the projected £1.8 billion lined up for Yorkshire over the same period.

Reiterating the significance of the SNP party in making Scotland a centre for renewable energy, Stewart Stevenson, Scotland’s environment minister, said earlier last week: “The renewables industry already supports more than 11,000 jobs across Scotland and plans to install up to 10 gigawatts (GW) of offshore wind-generated capacity in Scottish waters are predicted to create around £30 billion of investment by 2020 and to directly employ 28,000 people.

“The emerging wave and tidal energy industry, where up to 1.6GW of capacity is planned for the Pentland Firth and Orkney Waters, is predicted to create several thousand more renewables jobs.”

However, the latest DECC figures have given critics the opportunity to stick the knife into Alex Salmond’s renewable energy ambitions.

Tory MSP Alex Johnstone said that the SNP government’s “overreliance” on renewables would lead it to become a “one-industry country”. He also targeted Alex Salmond by insisting that UK ministers had set the regime which made Scotland so attractive for renewables investment, and claimed that the First Minister “should stop blowing his own trumpet over these figures”.

Of course, Mr Johnstone’s claims are designed to undermine the First Ministers campaign for independence by attacking one of the key ways in which the SNP want to boost economic growth for Scotland in the future: establishing a re-industrialised green energy sector.

Yet redefining Scotland’s energy economy by continuing to focus on renewables is a positive political move. It will maintain the existing strong investor confidence in Scotland as a global renewable energy centre, creating thousands of new jobs and training opportunities while alleviating the country from a future dependency on oil.

Interestingly, the DECC figures were published soon after the UK government launched its draft energy bill, which some critics – notably WWF Scotland – have warned will be skewed towards the support of nuclear power. Such a move may threaten future renewable energy generation.

Certainly, it is true that until the point where all of our energy needs can be met with renewables, there will still be a need for fossil-fuel and nuclear energy sources. But it will also be vital that renewables opponents learn to understand that just because it is unclear now about whether renewable energy can be produced cheaply on the commercial scale, does not mean to say that the government should stop investing into research and development in the interest of having a more sustainable form of energy in the long-term.

The £8 billion of future investments will be realised not just because of Scotland’s natural energy resource potential – but also because of an exciting pro-renewable political environment headed by Alex Salmond which has and will continue to succeed in attracting big investors to towards developing offshore, wave and tidal technologies up to commercial scale application.

Scotland on track for 2020 renewable target