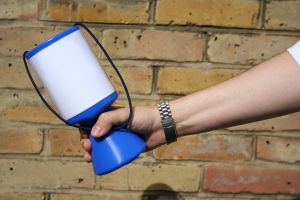 Celebrities, businesses and charities have signed up as partners to the UK’s first #GivingTuesday, part of a global campaign designed to promote giving in the run up to the festive period.

#GivingTuesday falls directly after Black Friday and Cyber Monday, days that are associated with pre-Christmas consumerism. The global campaign started in 2012 in the US but has since spread to other countries and encourages people to give their time, money or voice to a charity. The campaign is being organised by the Charites Aid Foundation (CAF) and this year #GivingTuesday falls on December 2.

So far over 600 business, charities and organisations have pledged their support, with celebrities also backing the campaign. Helen Mirren, Michael Palin, Downtown star Joanna Froggatt and model Lily Cole are amongst those that have voiced their support.

Hannah Terrey, head of campaigns and policy at CAF, said, “We are delighted to have some very special celebrities supporting #GivingTuesday and spreading the word about the causes that are close to their hearts.

“#GivingTuesday is all about giving something back and we hope we can get the whole nation thinking about charity and being charitable at the start of the festive season.”

A study released by CAF earlier this month found that the UK and Ireland are the most generous countries in Northern Ireland. The study found that in the last month almost three quarters of the population have donated to a charity.

Rob Wilson, minister for civil society, commented, “We have always been a nation of givers, and this year’s World Giving Index proves that we are amongst the most generous in the world.

“#GivingTuesday provides a great opportunity for us to demonstrate this generosity on a global scale and I’d urge anyone thinking of getting involved to sign up.”