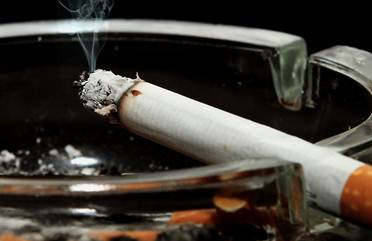 Hertfordshire county council is at a “very real risk of legal challenge” after it launched a campaign to get people to quit smoking, while investing £24m in tobacco firm British American Tobacco (BAT).

The council, which took over public health responsibilities from the NHS back in April, had previously made comments that smoking presented “an unacceptable cost to Hertfordshire”. This is despite the county’s pension fund investing almost £24m in BAT, one of the largest firms in the industry.

Martin Dockrell from the charity Action on Smoking and Health (ASH) said that the council ran the risk of facing a legal challenge.

“It is the duty of a council… to protect local health policy from the tobacco industry. Councils also have a legal fiduciary duty to get the best return for their pensioners and local taxpayers from their pension funds”, he said.

Derrick Ashley, cabinet member for resources and transformation in Hertfordshire county council, said, “Our pension fund managers have a legal duty to make sound investment decisions to secure the best long-term returns for the pension fund. At present, this may include investments in tobacco companies and those that sell tobacco products.

“However, where possible we seek to align pension investments with our policies. In light of this and our statutory responsibilities for public health, the pensions committee has been asked to consider how, while still fulfilling its legal duty and not adding cost to the public purse, it might be able to align its portfolio of investment with the principles and intentions in the county council’s policy statement on tobacco control.”

Back in August, Essex council admitted hypocrisy in its investment activities when it was criticised for similar policy conflicts.

Speaking at the time, Rodney Bass, chairman of the council’s investment steering group, said, “We don’t invest on moral grounds [so] where do you stop? Every company has something about it that people aren’t happy with.”